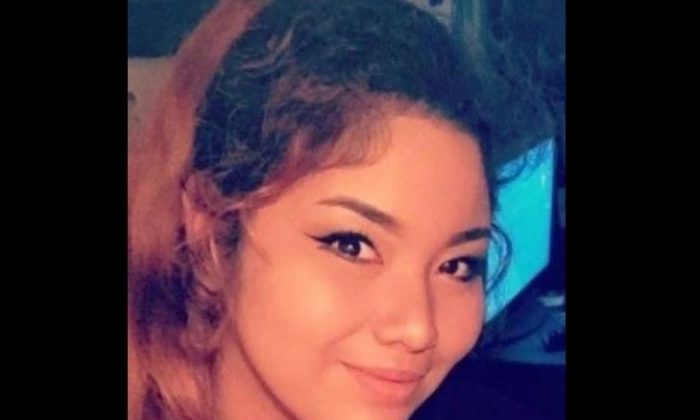 One of the suspects arrested in a brutal killing in California admitted that he did it.

Daniel Gross, 19, told KTVU in a jailhouse interview that he indeed committed the murder.

He said he didn’t plan “to do this at all” but that he “snapped.”

“I feel like [expletive],” he said from the Santa Rita Jail in the town of Dublin, Calif. “I [expletive] hate myself, you know? I wish I could go back in time and that this never happened.”

Gross and Melissa Leonardo, 25, who were living together in Modesto, were arrested on Feb. 13 for the murder of Lizette Cuesta.

Cuesta, 19, was found on laying in the middle of the Tesla Road in Livermore with multiple stab wounds.

With her dying breath, she told first responders the names of her killers.

“From the time we discovered Lizette (whom passers-by found suffering multiple stab wounds along Tesla Road in a remote area of Alameda County) to the time we got to Modesto was critical in the preservation of the crime scene,” Sgt. Ray Kelly, public information officer for the Sheriff’s Office, told The Modesto Bee.

“The evidence and Lizette’s statements to us helped make this investigation unfold very rapidly.”

Fox40 reported that Gross, Leonardo, and Cuesta were friends.

While Gross admitted to his guilt, he declined to say how Cuesta ended up dead.

The suspects arrested for the murder of Lizette Cuesta are identified as:
-Daniel Gross, Age 19, Modesto, CA
-Melissa Leonardo, Age 25, Modesto, CA
Both suspects are in custody at Santa Rita Jail. pic.twitter.com/FWGsygJgR3

“I’d rather not get into that,” he said several times during the interview from the jailhouse.

He did say that Cuesta elbowed him in the ribs and that he acted in self-defense, although he wouldn’t elaborate.

“It just happened like this,” he added, snapping his fingers.

He said that he and Cuesta had engaged in sexual acts in a vehicle while Leonardo drove, after all three had smoked marijuana. They all worked at a Carl’s Jr. restaurant in Tracy.

KTVU reported that Gross nodded when asked if he was responsible for what happened. Asked if he should be in jail, he shrugged and said, “I’m here.”