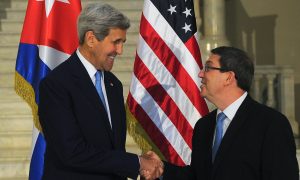 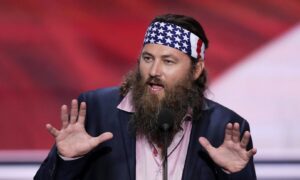 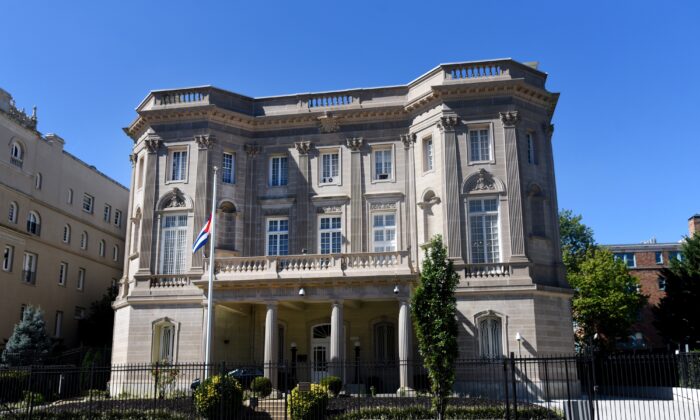 The Embassy of Cuba in Washington on Oct. 3, 2017. (Olivier Douliery/Getty Images)
Crime and Incidents

Suspect Arrested for Shooting at Cuban Embassy in Washington

WASHINGTON—Someone opened fire using an assault rifle outside the Cuban Embassy in Washington early on April 30 and was arrested, authorities said.

The gunfire broke out around 2 a.m. outside the embassy in northwest Washington. Metropolitan Police Department officers were called to the scene after neighbors reported hearing gunshots, authorities said.

Officers found the suspect with an assault rifle and took the person into custody without incident, police said. Investigators say they believe the person had been shooting toward the embassy, though details about any potential motivation remained unclear.

The suspect, whose name was not immediately released, was arrested on charges of possessing an unregistered firearm and ammunition, assault with intent to kill, and possessing a high-capacity magazine, a U.S. Secret Service spokeswoman said. No injuries were reported.

Photos from the scene posted to social media showed a group of police officers outside the embassy after the shooting and investigators searching through an SUV parked there. Other images showed investigators surveying the damage in front of the ornate embassy in Washington’s Adams-Morgan neighborhood, including a bullet hole in a window over the front door and damage to a flagpole and a column flanking a statue of Cuban independence hero José Martí.

Officers from the Metropolitan Police Department and the Secret Service were investigating.