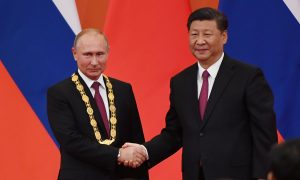 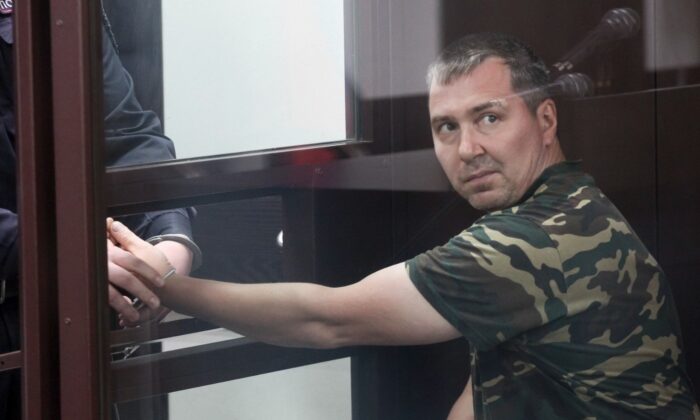 Alexander Popov, a man who was arrested on suspicion of murder sits behind the glass in a courtroom in the city of Gorodets, 36 miles north-west of Nizhny Novgorod, Russia, on June 20, 2021. (Roman Yarovitsyn/AP Photo)
Crime and Incidents

Suspect Arraigned in Killing of American Student in Russia

MOSCOW—A court in central Russia on Sunday arraigned a suspect on murder charges in the death of an American woman who was studying at a local university.

The body of 34-year-old Catherine Serou was found Saturday in a wooded area near the city of Nizhny Novgorod, 250 miles east of Moscow. She had been missing since Tuesday.

Her mother, Beccy Serou, of Vicksburg, Mississippi, told U.S. National Public Radio that her daughter had last texted her: “In a car with a stranger. I hope I’m not being abducted.”

State news agency RIA-Novosti cited the local court as saying the suspect gave her a ride in his car, then took her to the wooden area and beat her and stabbed her “in the course of a dispute.” Russian news reports have identified the suspect as Alexander Popov and said he had a record of violent crimes.

He faces up to life in prison if convicted of murder.

Serou moved from California to Russia in 2019 to study law at Lobachevsky University in Nizhny Novgorod, news reports said.

Beccy Serou told NPR that her daughter was in a hurry to get to a clinic Tuesday and may have gotten into a passing car.

“I think that when she saw that the person wasn’t driving to the clinic, but instead was driving into a forest, she panicked,” Beccy Serou said.