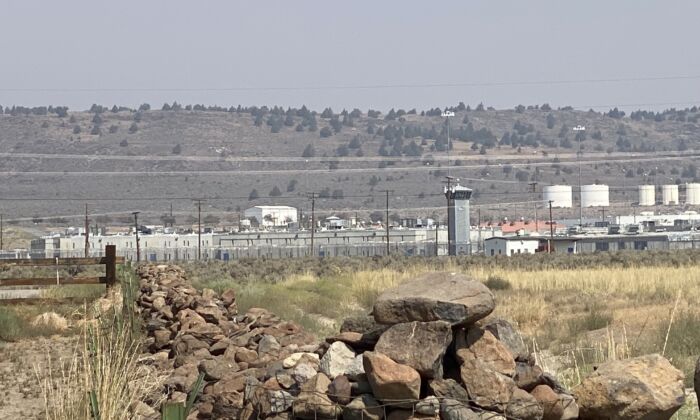 A court has granted the city of Susanville, California, a preliminary injunction to pause current attempts at closing California Correctional Center (CCC), a prison in Susanville that the state wishes to shut down.

Many people from Lassen County gathered in front of the California State Capitol on Aug. 27 to rally against closing CCC. The labor union SEIU Local 1000 organized the rally to support CCC employees and to oppose the California Department of Corrections and Rehabilitation’s (CDCR) decision to close the prison.

That same week, Lassen County Superior Court had granted Susanville the preliminary injunction, but many city residents believe the legal battle is not over.

Jack Dean, president of District Labor Council 792 SEIU Local 1000, told NTD News: “As far as we know, [the preliminary injunction is] still in place; however, we do know, we’ve been having reports that things are still happening moving towards the closure.”

The CCC facility hosts low-security inmates and works with several fire camps, including the nearby Antelope Conservation Camp, to train low-level inmates to become firefighters. CCC is one of two state prisons in the city and is a major economic resource for Susanville.

The labor union said the CDCR and other state officials are not coming to the table for negotiations or discussions.

“The biggest thing is the fact that [state officials] won’t negotiate with us. They are making changes to working conditions of state workers, and they are not meeting and conferring with the unions to make sure we’re okay with those working conditions for the people that we represent,” said Dean.

Susanville locals and labor union representatives said they hope state officials will listen to their concerns and abide by existing laws and procedures regarding the prison closure and labor contracts.

The CDCR announced on April 13 its intention to close the CCC by June 30, 2022. The department stated in a letter addressed to CCC staff that the purpose of the decision was to “reduce costs and respond to the decline in inmate population.”

The CDCR stated that closing the prison will save approximately $122 million per year.

“The significant decrease in the state’s incarcerated population over the past year is allowing CDCR to move forward with these prison closures in a thoughtful manner that does not impact public safety, and that focuses on the successful reentry of people into communities once they release from our custody,” said Kathleen Allison, CDCR Secretary, in a press release.

California’s reduction in the number of inmates is often attributed to Governor Gavin Newsom’s decision to release thousands of prisoners in mid-2020 and early 2021.

City Administrator Dan Newton told NTD News: “The city was verbally notified that the prison was selected for closure. Prior to that, we had no communications with the state. We had no knowledge that the announcement was coming. So it was, needless to say, a big shock for us.”

The California Legislative Analyst’s Office suggested that the state avoid closing prisons with specialized missions—which would include CCC with its fire conservation camps mission—due to the impacts such closures could have on statewide operations. In the same report, of the 12 oldest state prisons, CCC was listed as number 11 in terms of costs for repairs and maintenance.

“What we started to do immediately was reaching out to the state, asking for information. We did a public records act request … just trying to understand why our prison was chosen,” said Newton.

The CDCR met with Susanville’s Board of Supervisors once in May to talk about the closure decision, but city officials told The Epoch Times that the department has not communicated with the city since then.

On July 28, the city filed a writ of mandamus and a temporary restraining order against the CDCR and Governor Gavin Newsom to stop the closure of CCC.

“A decision such as this is going to have such a tremendous impact, basically cripple our economy, limit our ability to provide our own public safety services. We’ve not had any communication with the governor’s office as the City of Susanville, despite numerous attempts,” said Newton.

He explained that the CDCR did, however, make efforts to ask prison employees if they want to voluntarily transfer to other institutions.

On Aug. 23, the Lassen County Superior Court granted the preliminary injunction to pause further efforts to close the prison until future court hearings.

The CDCR told The Epoch Times in an email statement: “The department is evaluating our options at this time, and will continue to engage with all stakeholders.”

“That camp is a tremendous resource when fighting fires in California. The lower-level inmates, I think, are given an opportunity to gain some experience and skills that are very needed at this time. And they have an opportunity, once released, to explore career opportunities in fighting fire. So I think it’s one of the probably most successful rehabilitation efforts that the state has in place,” said Newton.

The prison is one of the main economic resources for the small city. The mayor said losing the prison could result in the city shrinking even more in population and economic stability.

Since the CDCR’s announcement, residents have formed groups to raise awareness against the closure. It is currently unknown whether or not the CDCR or governor’s office will attempt to appeal the Lassen County Superior Court decision.