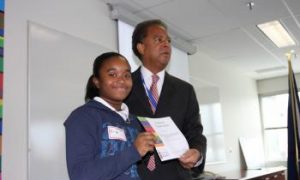 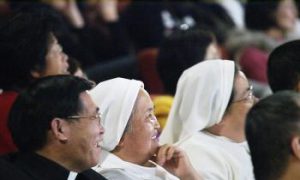 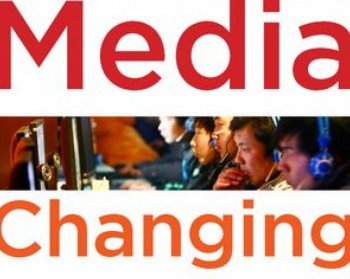 [xtypo_dropcap]O[/xtypo_dropcap]n Oct. 27 Cheng Jianping, an online ‘activist,’ disappeared. It was ten days after she had posted a sarcastic message about anti-Japanese protests on Twitter. She had been abducted by police, and was sent to re-education through forced labor for one year. That is an administrative sentence, given by the police, with no judicial oversight.

A trend can often be illustrated by some specific case, a series of events the microcosm of a larger dynamic. When it comes to the battle between the Chinese Communist Party and the media, there are too many such cases to know where to begin. Cheng’s is a recent, particularly execrable one.

There is also, for example, the 2003 case of Sun Zhigang, a young man whose death at the hands of police sparked a media and public outcry that forced central Party authorities to change the law on handling people without ID cards.

There’s the March 2007 case of a paraxylene chemical factory that was going to be built in Xiamen, until a reporter exposed the hidden dangers and thousands used the Internet and SMS to organize, gather, and protest.

Then there’s the child-slave-labor brick kiln scandal of 2007 (it means what you guessed—‘businessmen’ were kidnapping children and forcing them to work in brick kilns, under the watchful gaze and to the tidy profit of Party officials), the tainted milk powder scandal of 2008, and most recently the Li Gang case of 2010.

The Li Gang case was not included in Susan Shirk’s edited volume Changing Media, Changing China, which is a testament to the rapid pace of developments in China. But it lies at one end of the familiar pattern: the tension between the Communist Party and its censorship apparatus on the one hand, and the Chinese people and their right to know on the other.

In the Li Gang case the son of a police chief hit and killed a young lady whilst driving his BMW. When confronted by security guards he yelled “My dad is Li Gang!”, a sentence which encapsulated for many the injustice of modern Chinese society, where those with connections to the Party are often above the law.

At the other end of the spectrum are the protests that took place in Dongzhou, Guangdong Province, in 2005. There, as in Xiamen, villagers protested against a chemical plant. In this case police opened fire, killing some who had already been shot and were lying on the ground incapacitated. The police destroyed corpses, made hundreds of arrests, closed off roads and shut down Internet cafes. A watered down version of the old-style ‘thought reform’ campaigns ensued.

If, like Lenin’s Russia, the power of the Chinese Communist Party rests on a balance of coercion and persuasion, Shirk’s volume has the cumulative impact of convincingly showing how the power to persuade is being gradually eroded. Each time a compelling story of Party corruption goes viral, the Party’s ability to mold the thoughts of the masses recedes.

Whereas academic study of China's media in earlier decades could only treat official propaganda, Shirk’s volume is an appraisal of the shift, since 1979, to allow newspapers, magazines, and television stations to compete in the market, sell their own advertisements, hire their own staff, and write their own stories.

The rest of the story, the oscillations between freedom and repression, is like a tug of war, or an unfair game of cards with an irascible, violent old man. Journalists and the public are allowed to play according to the rules, for a while. But when the old man knows he has a losing hand he simply snatches cards off the other players, slaps one of them over the head, or if it starts looking bad, simply stands up and overturns the table in anger.

After an introductory chapter by Shirk, David Bandurski and Qian Gang discuss China’s emerging public sphere, with particular emphasis on the rise of professional journalists. This chapter is heartening, but one does not get the sense of how prevalent these White Knights are, or their status in the eyes of the broad mainstream.

One suspects they are a minority, and that many other journalists are indirectly or implicitly reinforcing the Party's rule and updated messages to the public. Though it is no longer Mao Zedong Thought being trumpeted from the speakerboxes, the media’s promotion of consumerism is “no less ideological,” as Yuezhi Zhao writes in her 1998 work Media, Market and Democracy in China.

Hu Shuli, a media entrepreneur and “China’s most dangerous woman,” follows with a chapter on the rise of business media in China, whose professionalism has again pushed the boundaries of permissible discourse. And one gets the impression that these boundaries are something like a ratchet: once new norms for what can be said publicly are proliferated, the Party has a very hard time winding things back.

Thus, while those two chapters make it is easy to be buoyed by the progressive developments in the newspaper and business magazine sector, the chapter on the broadcast sector by Miao Di comes as a kick to the stomach. Here the propaganda is undisguised, pervasive, monotonous, dull—and a massive portion of the populace tunes in to have their thoughts massaged. We see, through this chapter, that television is one of the strongest redoubts for the Maoist model of mass persuasion. Its impact on the public is more visceral, and so its control by Party apparatchiks is more hermetic.

Another redoubt is of course military journalism and the defence media market, in which Tai Ming Cheung contributes a chapter boldly titled Engineering Human Souls. In this case the patients are somewhat self-selecting: they are keen for a fix of patriotic propaganda on China’s killing power, and Party and non-Party transmission belts are only too pleased to serve it up. Military voyeurs are presumably also the more anti-Western and anti-American of the populace, a topic which the present volume does not delve much into.

Zhan Jiang has a chapter on environmental journalism in China. Overall the story is somewhere between equivocal and positive. Conclusions: 1) Journalists doing reports on the environment need to get more professional to have a bigger impact; 2) Exposing environmental problems helps get them resolved, and “nudges” (Zhang chose the right word, for the media can often do no more) the state to do something; 3) But all this does not do much to resolve the fundamental issue (i.e., the CCP itself). This is then, another field full of tension, between the Party and the people.