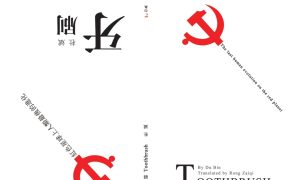 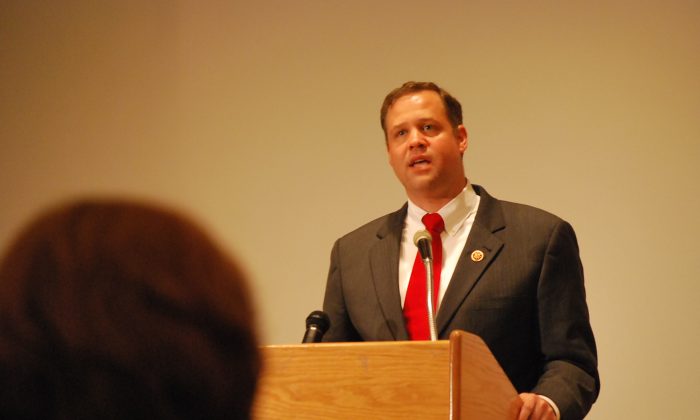 Congressman Jim Bridenstien (R-Okla.) recounts his visit to the demilitarized zone between North and South Korea at the Survivors of Communism Summit in Alexandria, Va. on Sept. 10. (Ron Dory/Epoch Times)
US

Survivors of Communism: ‘Communism Not Understood in America’

ALEXANDRIA, Va.—Freshman Congressman Jim Bridenstine (R-Okla.) described a surreal encounter with a phantom city in Korea, while honoring the survivors of communism.

Bridenstine recounted his travel to South Korea for a military exercise that rehearsed how the U.S. and allies would respond to a North Korean invasion of South Korea. Bridenstine was a navy pilot and combat veteran of Iraq and Afghanistan.

“I went up to the demilitarized zone… When I was there I met a young officer in the Japanese army… and he interpreted a lot of what I was seeing. We went up to the watchtower and looked across the demilitarized zone and I saw a big city and I was stunned… [The Japanese officer] said it’s called a propaganda city. [He said that] the buildings that you see have no windows, they have no floors. They were built as propaganda to encourage South Koreans to defect to North Korea.”

Bridestine took away a strong impression of communism from this trip.

He described his encounter with the propaganda city on Sept. 10, at the Lyceum, Alexandria’s history museum. Bridenstine addressed community members at the Survivors of Communism Summit hosted by the Alexandria Tea Party.

Edwards said that people understand events like the Holocaust, but they don’t understand the facts about communism in the world today.

“Communism is still alive because it has not been discredited,” said Slavko Martyniuk, a retired sociologist whose family fled communist Ukraine at the end of WWII.

Klara Sever remembers life in Czechoslovakia in 1948 and the events that she said followed “Lenin’s workbook to a T.”

“Teaching children from an early age loyalty to the State and Party…Soviet children who sent their parents to the gallows for badmouthing the regime we idolized,” she said.

Dr. Viet Hoat was imprisoned twice, the first time for twelve years in the central prison in Saigon. He was allowed to meet with his family once a year for fifteen minutes.

“I stayed in one room with about 30 other prisoners,” said Hoat. “Hundreds of thousands of people have been killed through many campaigns of communism in Vietnam… My own brother was killed by the communists when he was only 14 years old. “

After Hoat’s release from prison, he edited and published an underground magazine circulated in Vietnam.

Hoat seemed hopeful for continued progress in the movement for democracy in Vietnam. His hopefulness contrasted with the frustration expressed by Dr. Ileana Johnson Paugh, author of “Echoes of Communism.” She said aspects of socialism exist in American society today.