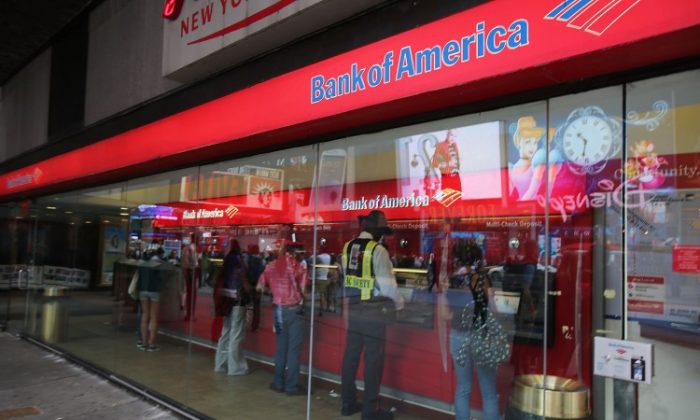 Survival of US Community Banks at Risk

The banking sector in the United States is unique when compared to other industrialized countries because of the existence of a large number of small-sized community banks, which are located in neighborhoods, small towns, and rural areas.

Community banks are important to the sector they service, such as small businesses and small agricultural enterprises, and “because of their detailed knowledge of the needs of their customers and their close ties to the communities they serve,” said Ben S. Bernanke, chairman of the Federal Reserve System, in a speech given at the February FDIC conference and published on the Federal Reserve website.

These small banks face problems, more so than larger banks, as their lending activities are in their local area and diversification outside their area of expertise is rare. During good economic times, such problems don’t really exist, but when the overall economy fails, local business will be affected too, making it difficult for the small banks to overcome regulatory pressures.

“The fortunes of communities and their banks tend to rise and fall together. Community banks must also manage concentration risks arising from their specialization in certain categories of lending,” Bernanke said.

The assets of community banks are generally equal to or less than $1 billion, which amounts to less than 11 percent of U.S. banking assets. These banks extend close to 40 percent of all the small loans from FDIC insured banks in the United States, according to remarks by Martin J. Gruenberg, acting chairman of the FDIC.

“Community banks also play a crucial role in extending credit and providing financial services in rural communities, in small towns, and in inner-city neighborhoods. In many of those localities, if not for the community bank there would be no easy access to an insured financial institution,” Gruenberg said.

“Community bankers tell us repeatedly that they are concerned about the changing regulatory environment. They touch on a number of areas, but one particular worry is the implementation of the Dodd-Frank Wall Street Reform and Consumer Protection Act,” Bernanke said at the FDIC conference.

Bernanke emphasized that the Dodd-Frank Act was enacted because of the risk taking by “too big to fail” banks. He stated that most sections of the act do not apply to the community banks and were earmarked for the largest and highly complex global banks.

“These new standards are not meant to apply to, and clearly would not be appropriate for, community banks. Indeed, the Dodd-Frank Act explicitly exempts community banks from these new enhanced standards,” Bernanke advised.

“The new Basel III capital requirement regulations are supposed to strengthen the international financial system. … In fact, the regulations threaten to wipe out community banks, which were not responsible for any of the problems these regulations seek to address,” according to an entry on the Competitive Enterprise Institute OpenMarket blog.

Basel III is an international regulatory framework created by the Basel Committee on Banking Supervision, envisioned to provide banks with the ability to survive shocks during economic and financial downturns.

Today’s close to zero interest rates, restraints on mortgages, and other credit regulations will affect community banks’ operations negatively, resulting in closed doors or mergers with other small banks.

The above blog entry states that the new rules’ intent was to reign in banks that are too large to fail, but these regulations are having the opposite effect and harming community banks. Community bank experts are certain that Basel III regulations are what ail the smaller banks more than anything else.

“The Basel III capital standards are too complex and would impose undue regulatory burdens on community banks. Applying these stringent and overly complex rules on community banks is illogical because they did not contribute to the financial crisis,” stated Camden R. Fine, president and CEO of Independent Community Bankers of America (ICBA), in a September press release.

Regulators claim that Basel III only applies to banks with assets over $500 million and not to smaller banks. The ICBA responds on its website that the above is a myth, as Basel III also applies to rural banks with only $50 million in assets.

“What we are seeing here is yet another example of how regulation misfires. … The raft of regulations passed around the world since the financial crisis began (and in many cases before it) have merely created massive entry barriers to the banking industry, and as such are protecting the big banks from competitive discipline,” the OpenMarket blog warned.

“There are more than 7,000 community banks, including commercial banks, thrifts, stock and mutual savings institutions, with more than 50,000 locations throughout the United States. Assets may range from less than $10 million to $10 billion or more. Community banks constitute 96.4 percent of all banks,” according to an ICBA publication.

A charter bank has a license to operate from a government entity. “Of the charters that disappeared, 11 percent of them failed, 31 percent of them merged with different banking companies, and 24 percent of them consolidated within the same banking organization,” according to a transcript from the FDIC conference.

Of banks with assets of less than $100 million, the Federal Savings Bank of Overland Park, Kan., ranked as the top performing bank in 2012 based on return on equity on a consolidated basis, followed by the RepublicBankAz NA of Phoenix, Ariz., First Midwest Bank of Centerville, S.D., and Lyons State Bank of Lyons, Kan., according to the ABA Banking Journal.

Crescent Financial Bancshares Inc. and ECB Bancorp Inc. signed a “definitive merger agreement,” with Crescent acquiring ECB for around $51.6 million, according to a September release.

West Coast Bancorp of Lake Oswego, Ore., and Columbia Banking System Inc. of Tacoma, Wash., agreed to a merger valued at about $506 million, according to a September announcement.

According to a Sept. 26 Seeking Alpha article, community banks with assets of less than $1 billion will have a difficult time surviving and should consider merging with other small banks until the asset base reaches at least $1 billion.

“Unless a community bank has shareholders with VERY deep pockets, the path to success is greatly inhibited. … This leaves most community banks with only two choices: 1) raise capital if they can do so on an affordable basis; or, 2) it’s time to start looking for a merger partner,” the Seeking Alpha article advised.