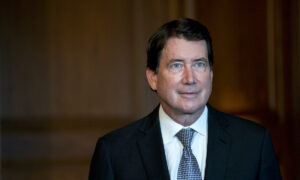 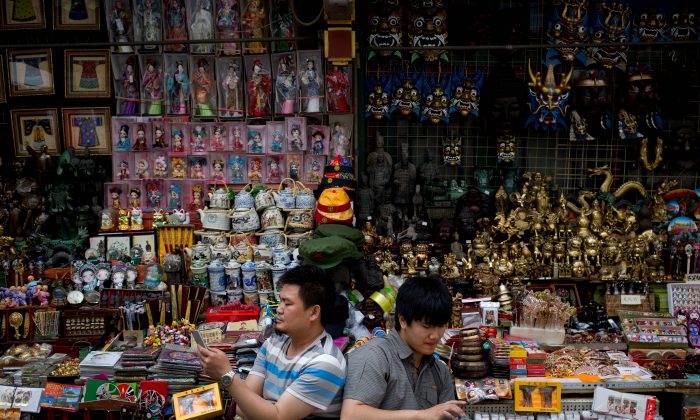 Vendors browse their smartphones as they wait for customer at their store selling Chinese made souvenirs at the Wangfujing shopping district in Beijing on May 21, 2015. (Andy Wong/AP)
China

China’s factory activity remained subdued last month with both export demand and employment contracting, according to an official survey Monday that adds pressure on Beijing for more economic stimulus.

The China Federation of Logistics and Purchasing’s manufacturing index, which is based on a survey of factory purchasing managers, edged up to 50.2 in May from 50.1 the month before.

The index, based on a 100-point scale, has been hovering around the 50-mark since December. Numbers below 50 indicate contraction.

HSBC’s purchasing managers index edged up to 49.2, a tick higher than a preliminary reading of 49.1 in late May, and up from 48.9 in April.

The latest data on China’s outsize manufacturing industry, which employs many millions of people, may spur policymakers in Beijing to roll out more measures to keep economic growth on target.

“Even though the manufacturing PMI for May expanded slightly, it’s at a historically low level, and China’s manufacturing industry is facing relatively large downward pressure,” the federation’s report said.

HSBC’s survey found that production contracted for the first time in 2015 and factories shed jobs, let inventories fall and cut purchasing, all suggesting that manufacturing would continue to contract, said Annabel Fiddes, an economist at Markit, which carried out the HSBC survey.

“The latest survey data therefore suggest that more stimulus measures may be required to help boost domestic demand and recover some growth momentum,” she said.