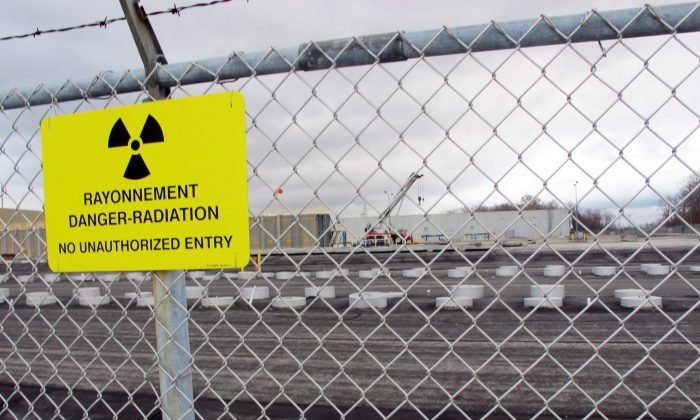 While Ontario Power Generation stands by the poll of 805 people, critics insist an analysis shows the utility distorted its findings in submissions to the federal government.

Among other things, poll questions provided false or misleading assumptions designed to skew the response in favour of the deep geologic repository, they said.

Far from showing that a majority of people in Ontario support the repository, the poll actually shows most people oppose it, said Rod McLeod, with the group SOS Great Lakes.

“It is clear that OPG misrepresented the findings to the government, to the media, and the public,” said McLeod, a retired lawyer and former deputy minister of the environment. “They excel at alternative facts.”

McLeod called it astounding how far OPG appeared willing to go to misrepresent data to the federal government, which has yet to decide if the project should proceed over the objections of hundreds of communities on both sides of the Canada-U.S. border.

It is clear that OPG misrepresented the findings to the government, to the media, and the public.
— Rod McLeod, SOS Great Lakes

OPG spokesman Kevin Powers stands by the survey, which he said was done by one of the top polling firms in the country. Its methodology was scientifically sound and the questions were ordered to prevent bias, he said.

Powers also said reference to the survey’s results amounted to just a “single paragraph” in a 700-page report to the government, which was among 15,000 pages of evidence showing the project has been proven scientifically safe.

“The survey was intended to give us a clear understanding of what people thought about the [repository], not give us results that we wanted to hear,” Powers said.

“We feel that geology, physics, geosciences, and engineering—not opinion research—should guide decision making on this project.”

In a recent submission to the federal minister of the environment, OPG cites the Gandalf Group survey as showing that barely more than half of people in Ontario were even aware of the project. The utility then states that 60 percent of those who had heard about it—based on “their initial understanding” of the project—were supportive.

Robin Palin, a public-relations consultant in Montreal who analyzed the survey, said the upshot of the poll is that it found 33 percent support among respondents for a repository somewhere in the province.

“There are no other numbers in the entire poll that can be considered statistically valid representations of Ontario public opinion,” Palin said.

In addition, he said, survey participants were fed unsupportable statements favouring the project. One example was a statement that “experts from around the world, including the U.S. Environmental Protection Agency, agree that this deep geologic repository will protect the environment from nuclear waste.”

At best, the critics say, some international experts support the project but others believe it would be unsafe, and that the American environmental agency has not actually expressed an opinion.

The Canadian Environmental Assessment Agency is currently examining the latest OPG submissions on whether there are better alternatives to digging the bunker in bedrock about 1.2 kilometres from Lake Huron.

The project, currently estimated to cost $2.4 billion, would see a bunker built at the Bruce nuclear power plant near Kincardine, Ont. Hundreds of thousands of cubic metres of low- and intermediate-level radioactive waste—currently stored at the site above ground—would be buried 680 metres deep.