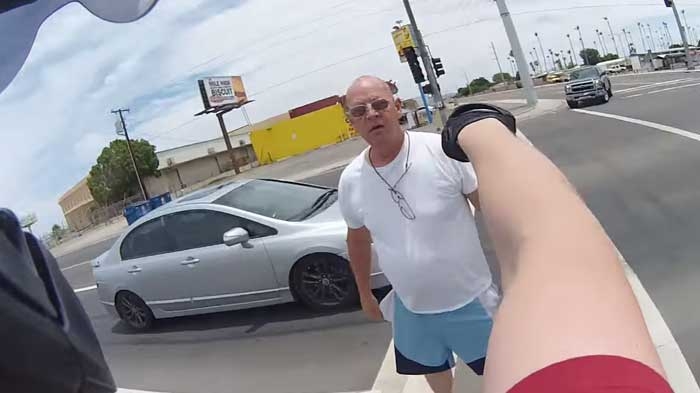 A new survey has shown that many Americans are prone to aggressive driving behavior.

The AAA Foundation for Traffic Safety released the survey on July 14, saying that the behavior includes yelling at another driver, intentionally tailgating, making angry gestures, or cutting others off.

Around 8 million drivers were estimated to have engaged in more extreme behavior that could be classified as “road rage,” including hitting another vehicle or getting out of their cars to argue or fight with another driver, AAA said.

Young men ages 19 to 39 are the most aggressive drivers, it found. Male drivers are three times more likely to exit their vehicle to confront another driver or hit another vehicle.

“According to previous research, aggressive driving behavior in the United States contributes to a substantial proportion of fatal crashes, is perceived to be a serious threat to safety, and appears to be increasingly prevalent,” AAA writes in the report.

“More than 78% of U.S. drivers reported having engaged in at least one aggressive driving behavior at least once in the past year. The most common such behaviors, reported by roughly half of all drivers, were purposely tailgating another vehicle, yelling at another driver, and honking their horn ‘to show annoyance or anger,'” the survey said.

About one-third of respondents said they made an angry gesture at another driver. One in four drivers reported they tried to block another driver from changing lanes, the report said. Another 11.9 percent said they had intentionally cut off another vehicle.

About 3.7 percent of drivers said they had exited their car to confront another motorist, while 2.8 percent said they rammed or hit another vehicle.

Safety experts have called for patience on America’s roadways.