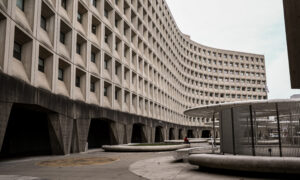 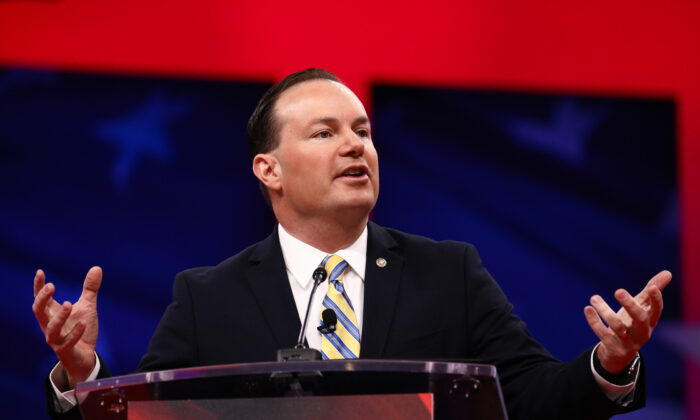 Americans are impressively united across political and ideological groups on the seriousness of the CCP virus crisis, even as the nation remains deeply polarized on major issues, a new national survey finds.

There is, however, a dangerous twist in an underlying bipartisanship among America’s political leadership that’s rarely discussed in the mainstream media or acknowledged by most political leaders, according to Sen. Mike Lee (R-Utah).

Ninety percent of 2,000 Americans interviewed at the end of March by More in Common agreed with the statement that “we’re all in this together” about the crisis sparked by the CCP virus, commonly known as the novel coronavirus.

Deep unity was seen among respondents whether they identified as Democrats (91 percent), independents (89 percent), or Republicans (93 percent), as well as among those calling themselves traditional conservatives (97 percent), moderates (92 percent), and traditional liberals (95 percent).

More in Common is a New York-based nonprofit devoted to “building communities and societies that are stronger and more resilient to the forces of social fracturing and polarization.” The foundation also has offices in London, Berlin, and Paris.

“We’ve seen a dramatic increase in people’s sense of solidarity, they feel that they are less polarized than ever. On the other hand, the reality is that things haven’t really changed all that much,” Jonathan Rauch, a senior fellow in governance studies at the Brookings Institution, told a digital panel on the survey’s results hosted April 18 by FixUS. FixUS is a project of the Committee for a Responsible Federal Budget.

Rauch says he doubts the unity related to combating the virus will last.

Similarly, Princeton University political science professor Nolan McCarty told the panel that “one of the things that is often missed in these discussions is polarization across states.

“Because many states have become much more partisan in terms of governmental control, we’re at a moment when the partisan and ideological divisions across states are, at least as far as I can measure, at an all-time high.”

Large pluralities among liberals (40 percent) and conservatives (50 percent) in the survey said they have “nothing in common” with each other, McCarty added.

Such polarization is often described as the culprit producing a paralyzing partisan gridlock that prevents progress in the nation’s capital.

Lee, who was elected in the Tea Party revolt that fueled massive Republican gains in Congress in 2010, has a unique “take” on the issues of partisanship, polarization, and bipartisanship.

“What we often see in Washington and very often what people like to complain about and reflexively attribute to partisan gridlock is neither partisan nor, strictly speaking, fairly describable as gridlock,” Lee told The Epoch Times in a recent interview.

“We don’t get to be $23 trillion, or $24 trillion or $25 trillion, whatever it is that we are now in debt, without a whole lot of Republicans and a whole lot of Democrats agreeing to do that,” he said.

Lee attributes the situation to “an excessive inclination on the part of many in Congress to engage in bipartisan collusion to expand the role of government, and of the federal government in particular, in a way that is never going to satisfy most Americans.”

The problem, as Lee sees it, is that, as this collusive bipartisanship pushes government more deeply into the everyday affairs of most Americans, it also cultivates ideological polarization, while prompting decisions that complicate the country’s increasingly dire financial condition.

The Heritage Foundation’s Robert Moffit agrees, telling The Epoch Times that “Lee is correct when he says that the deep divisions in Congress are not merely divisions between Democrats and Republicans, but rather a deepening polarization among the American people themselves.”

Moffit, who served in the Reagan administration and on Capitol Hill before joining the conservative think tank as a senior fellow in domestic policy studies, added that the division exists “on a whole series of issues, including social and economic policy, health care policy, the role of the federal government. There are even deeper and profoundly sensitive questions such as the value of human life, both at the beginning and at the end of life.”

Moffit’s Heritage colleague, attorney Hans von Spakovsky, told The Epoch Times that “members of both parties are responsible for the dangerous expansion of the federal government, the reckless spending, and the delegation of power and authority to an administrative state made up of bureaucrats not accountable to the American electorate.”

Von Spakovsky is a senior legal fellow in Heritage’s Institute for Constitutional Government.

Asked about Lee’s analysis, Keith Allred, executive director of the National Institute on Civil Discourse (NICD) at the University of Arizona, told The Epoch Times that “broad, bipartisan support is a strong, but not perfect indicator of wisdom. The founders built that fundamental idea into the Constitution.”

Another factor, according to Jimmy Williams, former senior economic adviser to Sen. Richard Durbin (D-Ill.), is the decline in personal friendships among lawmakers.

“It’s very easy to dislike someone you don’t have a personal relationship with. Members and their spouses used to know each other well. Their kids went to school together in the D.C. area. They had dinner and cocktail parties.

“Today? Members are encouraged to leave D.C. the second they can to campaign. That means they don’t know each other. If there’s one thing I’d suggest, it would be this: Members work six days a week in D.C. for the first year and a half, then pare back the work week to campaign.”

There is hope for a more unified country, compared to the years prior to the Civil War, according to NICD’s Allred, who pointed out that today, “more than 40 percent of Americans consider themselves independents. Each party is a smaller minority. Most Americans are hungry for a system that gets beyond the hyper-partisanship of our day.

“The difference is it was hard to see a mutually acceptable solution in the years immediately preceding the Civil War. Today, we simply need a focus on practical solutions wise enough to attract broad support among a public that is far less divided on the issues than Congress is.”