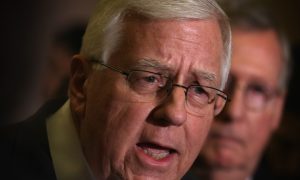 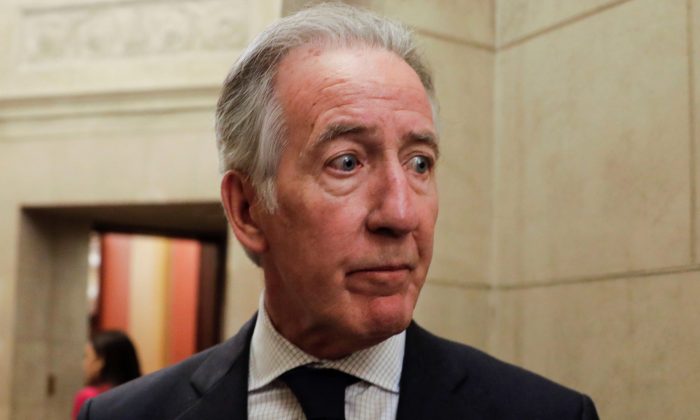 A national survey of likely voters found a majority of them oppose a taxpayer-funded bailout of ailing union pension plans approved earlier this year by the Democratic majority in the House of Representatives.

Among Democrats, only 36 percent support the measure, compared to 17 percent of Republicans and 22 percent of likely voters who identified with neither of the two major political parties.

The survey, conducted Sept. 11–12, has a 3 percentage-point margin of error, with a 95 percent confidence level.

The measure would create within the Department of the Treasury a new Pension Rehabilitation Administration (PRA) to establish and manage a Pension Rehabilitation Trust Fund, which would make tax dollars available through loans and direct cash assistance to insolvent union pensions to invest in the stock market and pay benefits.

The main beneficiaries of the measure, if it becomes law, would be pension programs of more than 130 trade unions that represent employees from multiple companies within an industry.

Such pension plans were exempted by Congress from the government’s requirement that private sector companies fully fund promised benefits. The exemption allows the union plans to set aside funding for less than 100 percent of projected benefit costs.

Among the most seriously underfunded union pension programs are those of the United Mine Workers of America, the United Food and Commercial Workers Union, and the New England Teamsters and Trucking Industry Union.

News earlier this week said that a Congressional Budget Office (CBO) analysis projected that the Democratic bailout measure would at best provide only a stop-gap solution for a minority of the plans, but ultimately all of them would still be likely to fail.

“CBO projects that about one-quarter of the affected pension plans would become insolvent in the 30-year loan period and would not fully repay their loans,” the federal agency told Sen. Mike Enzi (R-Wyo.) in a Sept. 7 letter.

“Most of the other plans would become insolvent in the decade following their repayment of their loans,” CBO told Enzi. The Wyoming Republican is chairman of the Senate Committee on the Budget.

Hundreds of thousands of union retirees would lose their pensions as a result of the failure of their program.

Despite the opposition to the tax-funded bailout, Rasmussen found continued public support for labor unions in general.

“Fifty-five percent of all voters have a favorable opinion of labor unions, a finding that has ranged from 44 percent to 58 percent in surveys since 2006,” Rasmussen said.

President Donald Trump hasn’t taken an official position on the bailout measure, but many of the union members and retirees who would be affected live in states that are crucial to his re-election hopes in 2020.

Those states include Wisconsin, Ohio, and Pennsylvania, which Trump unexpectedly carried in his 2016 victory against former Secretary of State Hillary Clinton, the heavily favored Democratic nominee.

Nationally, less than 7 percent of all private-sector workers are union members, but their numbers are more concentrated in the Rust Belt states that were once home to thriving manufacturing industries.