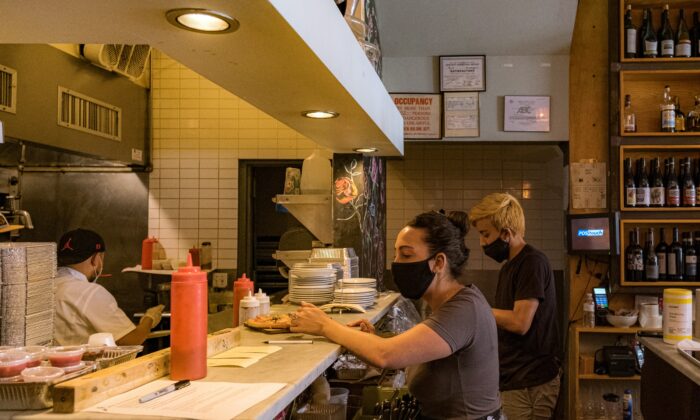 Survey: A Third of US Small Businesses Can’t Pay Rent Because of Inflation

The small business network Alignable released new survey results that found that 35 percent of U.S. small business owners “could not pay their rent in full or on time in June.”

According to the survey, rent increased for 48 percent of small businesses this month. Meanwhile, rent delinquencies have continued to increase all year.

“This is the highest rate of U.S. rent delinquency among SMBs this year,” the group said.

“Even more alarming, 63 percent of transportation SMBs couldn’t afford June rent, up 41 percent from May,” Alignable said. “It’s no shock to learn that 76 percent of this group said gas prices have had a ‘very significant’ negative effect on their businesses.”

Illinois and Texas lead the nation in rent delinquencies.

The report comes as other survey data show that soaring inflation is a top concern for small businesses.

As The Center Square previously reported, the survey found 51 percent of small businesses fear that rising prices could “force them to close their businesses within the next six months.” In particular, restaurant owners are concerned with 72 percent saying they are worried.

That concern is not new. An April poll from NEXT Insurance reported that many small businesses have considering shutting down because of inflation.

“According to a new survey by NEXT Insurance, small business owners across the United States are frustrated and stressed about inflation and the state of the economy,” the group said. “More than one-third have considered shutting down in the last 12 months. As prices continue to rise and supply chains continue to falter, many small business owners have been forced to work longer hours, raise prices, and even cut their own salaries just to stay afloat, our survey found. And a majority of small business owners believe the pain isn’t over.”