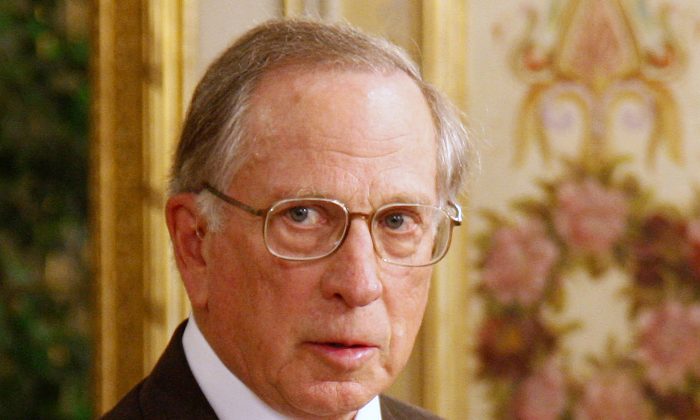 WASHINGTON—Tucked into the surveillance bill that became law was a little-noticed section that will let the United States complete ratification of two long-stalled treaties aimed at stopping a frightening scenario: terrorists wielding radioactive bombs.

“Today, nearly 2,000 metric tons of weapons-usable nuclear materials remain spread across hundreds of sites around the globe—some of it poorly secured,” said former Sen. Sam Nunn, co-chairman of the Nuclear Threat Initiative, an organization in Washington that works on the issue. “We know that to get the materials needed to build a bomb, terrorists will not necessarily go where there is the most material. They will go where the material is most vulnerable.”

When President Barack Obama signed the surveillance law last Tuesday, attention focused on how it ends the National Security Agency’s bulk collection of Americans’ telephone records. The last drafts of that legislation, however, included 15 paragraphs permitting the United States to formally endorse two nuclear terrorism treaties after years of delay.

The Senate ratified both treaties in 2008, but it has taken seven years to pass legislation needed to bring U.S. law in line with them. That’s what was needed for the U.S. to complete the ratification process.

One treaty is the International Convention for the Suppression of Acts of Nuclear Terrorism, which took effect in 2007.

Nations that sign it pledge to enact laws to criminalize certain nuclear terrorist actions and punish individuals who possess or use radioactive or nuclear material and devices or damage nuclear facilities. President George W. Bush signed the convention in 2005, but until last week, the Senate had never approved the necessary legislation.

The surveillance law will also let the U.S. finish ratification of the 2005 amendment to the Convention on the Physical Protection of Nuclear Material. The original treaty called for securing material during international transport. But by the late 1990s, it became clear that this would not be enough to prevent nuclear terrorism because the material is all over the world.

The amendment requires nations to enact standards to protect nuclear material while it’s stored and transported domestically, and take criminal action against individuals who try to steal, smuggle or damage facilities.

NTI President Joan Rohlfing said a terrorist needs only a “soda can’s amount of plutonium or enough highly enriched uranium to fill a 5-pound bag of sugar” to make a nuclear weapon.

“In failing to ratify these treaties, the United States is dangerously out of line with other countries that also have nuclear weapons and nuclear materials—among them Russia, China, India, and the United Kingdom—all of which have ratified both treaties,” said Rohlfing, former senior national security adviser to the energy secretary. “Failure to ratify these treaties is an embarrassment.”

It’s unclear exactly why it took the Senate so long to pass the legislation implementing the treaties.

The House did its part in 2012 and again in 2013, but the issue hit a snag in the then-Democratic controlled Senate where, among other things, there was disagreement over whether to authorize the death penalty for nuclear terrorism offenses. Some Democrats who oppose the death penalty weren’t comfortable with that.

Sens. Chuck Grassley (R-Iowa) and Sheldon Whitehouse (D-R.I) introduced legislation last month to authorize the death penalty, making it a crime to support nuclear terrorists and allow the government to request wiretaps to investigate suspected nuclear terrorism. These provisions, however, were not included in the surveillance measure that Obama signed into law. The senators could still push these provisions in future legislation.

“Fears of nuclear terrorism and nuclear proliferation are rising, especially as Iran moves closer to obtaining the world’s most dangerous weapons,” Grassley said in introducing his bill last month. “In this environment, it’s obvious that the government needs the ability to seek the death penalty for nuclear terrorists under the appropriate circumstances.”