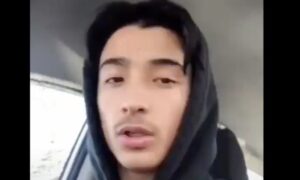 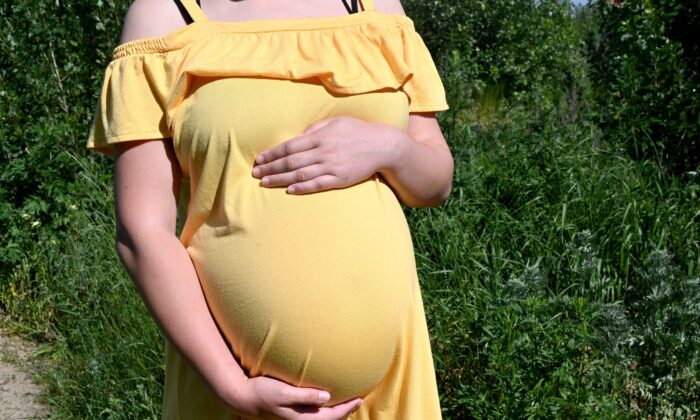 Olga, a 26-year-old going through her second surrogacy and expecting twins for a Chinese couple, holds her belly as she walks in the small town of Sophiya Borshchagivka, near Kiev on June 12, 2020. (Sergei Supinsky/AFP via Getty Images)
Viewpoints

Surrogacy Can Be an Orphan Maker

I was away over the Memorial Day weekend, when I saw a GoFundMe notice posted on Instagram that tipped me off that another gestational surrogate mother had died in the United States.

The GoFundMe was set up by Ashlee Hammonds, the head of Family Makers Surrogacy, an agency in Atlanta. Hammonds is trying to raise money for the children left behind since their mother is no longer alive to provide for them. She asks for privacy for the family and doesn’t wish to divulge any identifying information.

Due to the scarcity of information, the details of the woman’s death are limited. We know that she was a three-time gestational surrogate who was set to deliver the baby the day of her death. We are told in the GoFundMe notice that she died of an amniotic embolism, a complication in pregnancy.

We don’t know if she was carrying one baby or more, or the outcome of the baby/babies born. It’s reported that her daughter is about to turn 16, and that she had sons, although we aren’t told how many.

But, because no one else is reporting this death, I write this to chronicle her death along with other surrogate deaths I have reported on: Brooke Brown and the twins she carried, Crystal Wilhite, and Michelle Reaves. These three women were wives and mothers. I wonder how many others have died that have gone unnoticed?

We now can no longer deny that a gestational surrogate pregnancy is a much riskier pregnancy than a spontaneous pregnancy, in which the woman carries her own baby.

One important study pointed out that when comparing a woman’s pregnancy with her own children with her surrogate pregnancies, these women have higher rates of hypertension, gestational diabetes, and placenta previa. These put both the mother and baby into a high-risk category.

I am often asked, “How many surrogates have died?” and my response, always the same, is a so very sad, “We just don’t know, and we have no way of knowing, because there is no tracking or monitoring.”

When this woman died, the cause of death recorded on her death certificate will likely be something tied to the pregnancy complication that took her life. It won’t record anywhere that she was a surrogate.

The coverup of #BigFertility was fast and efficient. All my efforts to find out who the woman was and where this death took place came up empty. I sent a private message to Family Matters on Facebook that I was trying to reach Hammonds.

I received a message that said, “Hello, Jennifer, out of respect for the family, we are honoring their wishes by not sharing any further details outside of what has already been shared on the Go Fund Me surrounding the tragedy. Thank you for understanding.”

Funny, my query didn’t mention anything about the death, only that I wanted to speak with Hammond. As I was immediately blocked from sending more messages, that door was shut. I called their offices and wasn’t able to speak with a live person.

Here are the questions I pose to Hammonds. If you are reading this, I would welcome speaking with you.

GoFundMe allows you to sort donors by “highest donors” and I found it chilling that nearly all the highest donations ($2,000 was the highest at the time of this writing) were given by those who make their livelihood and profit from #BigFertility: surrogacy lawyers, agency owners, and fertility clinics. A quick Google search of the names of these top donors proved that in a few clicks.

Family Makers Surrogacy’s tagline is, “Changing Lives for Those we Serve.” The family of the woman who died had their lives changed tragically in service of #BigFertility. I wonder and hope that this death will cause Hammonds to rethink her business of being Family Makers, when sometimes surrogacy results in making orphans.

An orphan maker, who at the time of this writing, has raised a little over $21,000. Is that what this woman’s life is worth?

Jennifer Lahl is the founder and president of the Center for Bioethics and Culture and producer of the documentary films, “Eggsploitation,” “Anonymous Father’s Day,” “Breeders: A Subclass of Women?” “Maggie’s Story,” and “#BigFertility,” which was an official selection in the Silicon Valley International Film Festival. Here new film, “Trans Mission: What’s the Rush to Reassign Gender?” will be released June 17.

Jennifer Lahl
Follow
Jennifer Lahl is the founder and president of the Center for Bioethics and Culture and producer of the documentary films, “Eggsploitation,” “Anonymous Father’s Day,” “Breeders: A Subclass of Women?,” “Maggie’s Story,” and “#BigFertility,” which was an official selection in the Silicon Valley International Film Festival. Her new film, “Trans Mission: What’s the Rush to Reassign Gender?” was released June 17, 2021.
TOP NEWS