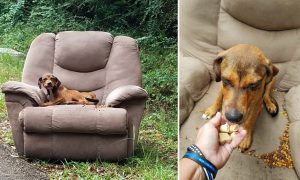 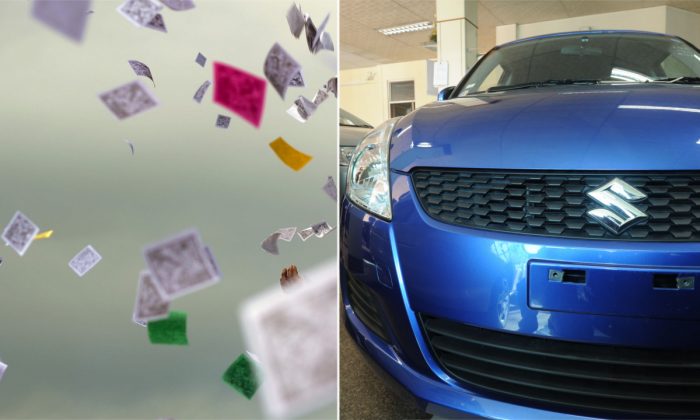 A driver was pulled over for being suspected of covering his license plate with a piece of paper, which would allow him to avoid traffic cameras. However, the same traffic cameras confirmed that the man just happened to drive into a piece of paper that was blown in by the wind, according to Chinese online news outlet Pear Videos.

The man was driving his car down the highway of Wuwei City in Gansu Province, China on June 9 when police stopped him at a check-point. They noticed that a piece of white paper covered most of the license plate.

The incident was recorded by police body cameras.

The Car, the Wind, and the Paper

After the unnamed driver was waved down, the police told him what was stuck to his license plate, as seen in a video reported by Pear Videos. “How is there a piece of paper stuck there?” the man asked as he looks at the front of his car.

The officer firmly said that the driver stuck the paper there.

“The wind hung it there!” the man said to the police in a footage recorded by body cameras, according to Pear Videos. The officer waves his hand at the driver, denying the claim. “The wind couldn’t put it on so well.”

“Why would I even put it on there?” the man said to the police in frustration.

The officer then said that they can check the surveillance cameras to verify that he had pasted the paper on his car. Without hesitation, the man said to “check it.”

Then the police learned that the man was not to blame. A camera showed the car on the highway, clearly without paper anywhere on the vehicle. But when the car was just over half a mile away from the check point, a piece of paper flew by and got stuck to the front of the car.

As the driver did not speed or commit any other traffic violations, the police could only let him continue on his way.

The most popular responses on Weibo, China’s version of Twitter, focused on joking about the relationship between the paper and the car.

Another user, “Sweet Orange Flavor Refill” wrote, imitating a fatherly voice: “You are a mature piece of paper, it’s time you study how to get stuck to a car.”