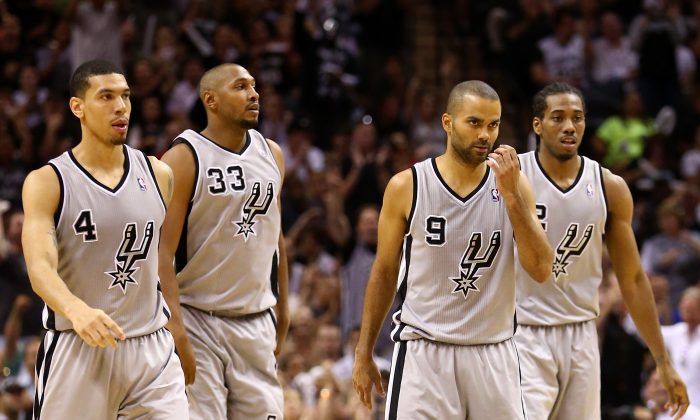 The Miami Heat are on average older than the San Antonio Spurs.

Let’s break down the numbers to see the differences.

Overall, the average age of the Heat is 31.2 years old, while the Spurs are exactly three years younger at 28.2

The numbers reflect the age of the Heat bench, especially, including Juwan Howard (40 years old), Ray Allen (37), and Chris Anderson and Shane Battier (both 34) on the Heat bench and the Spurs overall youthfulness, including a pair of 21 year-olds (Cory Joseph and Kawhi Leonard, a starter), and four others that are 26 or younger, including starter Danny Green.

Here’s the full rosters for each team with every player’s age, with the starting five up top.

Rest, from youngest to oldest

Rest, from youngest to oldest