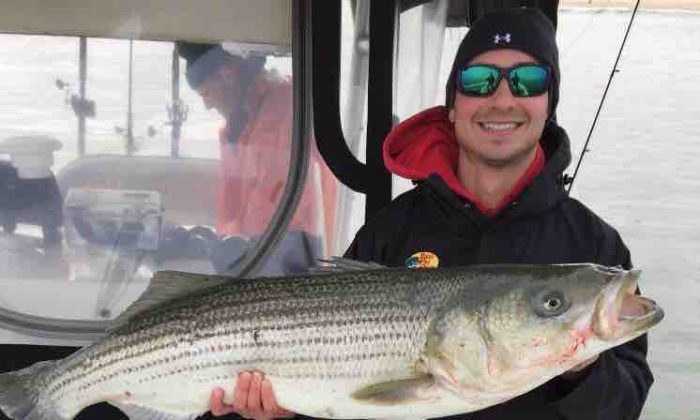 Fabrizio Stabile, who died from a brain-eating amoeba in New Jersey after swimming in Texas on Sept. 21, 2018. (The Fabrizio Stabile Foundation/GoFundMe)
US News

Surfer Dies From Brain-Eating Amoeba After Swimming in Texas

A New Jersey man has died from a brain-eating amoeba he may have contracted while swimming in Texas.

Fabrizio Stabile, 29, of Ventnor, went into the wave pool at BSR Cable Park in Waco and died a few days later on Sept. 21 at an Atlantic City hospital.

Tests of his body showed the presence of Naegleria Fowleri, a brain-eating amoeba contracted by ingesting warm freshwater in bodies of water such as lakes, rivers, and hot springs.

“Naegleria fowleri infects people when water containing the ameba enters the body through the nose. This typically occurs when people go swimming or diving in warm freshwater places, like lakes and rivers. The Naegleria fowleri ameba then travels up the nose to the brain where it destroys the brain tissue,” according to the Centers for Disease Control and Prevention (CDC).

The amoeba is rare, with 34 infections reported in the United States from 2008 to 2017. The fatality rate is over 97 percent, with only four people surviving the infection, according to statistics kept since 1962.

Stabile was mowing his lawn on Sept. 16, when he experienced a severe headache and went to lie down, family friend Stephanie Papastephanou wrote on GoFundMe. He ended up sleeping through the night but still had a headache in the morning. He soon went back to sleep after taking medicine for a headache but his condition quickly deteriorated.

“When his mother went to check on him in the early afternoon, Fabrizio could not get out of bed and could not speak coherently. His mother called 911 and EMTs rushed him to the hospital,” Papastephanou wrote.

He was rushed to the hospital but didn’t respond to various measures taken made his condition continued to worsen. Test results came back on Sept. 20, showing the presence of the brain-eating amoeba.

“By the time Fabrizio was diagnosed, it was too late to administer the drug that had previously been provided to three of the only five known survivors in North America. Even so, this drug is not easily accessible,” Stabile’s friend wrote. The next day, he was dead.

Friend and family members have created a new nonprofit to raise awareness of the amoeba, called “The Fabrizio Stabile Foundation for Naegleria Fowleri Awareness.” In addition to the GoFundMe, they plan on an annual fundraiser.

BSR Cable Park in Central Texas voluntarily closed after a man who visited died from what is commonly known to as a brain-eating amoeba. https://t.co/y4hyAL5nTq

Stabile, an avid surfer and snowboarder, had worked for the New Jersey Department of Environmental Protection in addition to Bass Pro Shops, an outdoor equipment establishment in Atlantic City, according to his obituary.

“With great sadness and heavy hearts, we mourn the loss of a FAB-ulous associate,” the shop said on Facebook. “Our thoughts and prayers go out to the entire Stabile family.”

Officials at the CDC, meanwhile, are investigating the water at the BSR Cable Park, reported KBTX.

“The CDC collected water samples and are currently investigating to find the source. We hope to have results by the end of the week,” a spokeswoman for the Waco-McLennan County Public Health District told the broadcaster on Sept. 30.