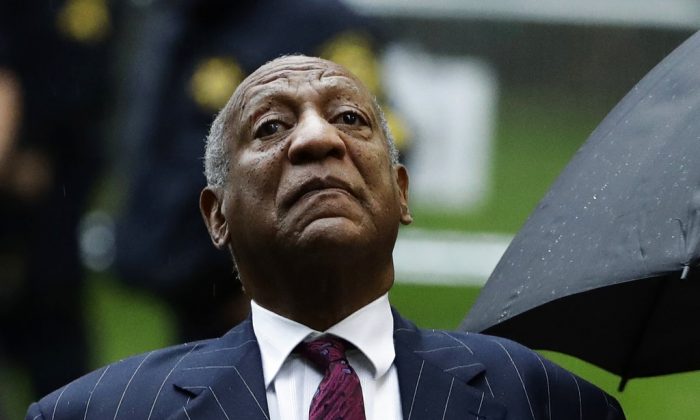 The Supreme Court won’t review the sexual assault case against Bill Cosby and will leave in place a decision by a lower court that vacated the actor’s 2018 conviction and freed him from prison last year.

The court on March 7 declined (pdf) a request from prosecutors to hear the case to potentially reinstate Cosby’s conviction. No reason was provided.

Cosby, 84, was convicted in 2018 on three felony counts of aggravated indecent assault, accused of drugging and assaulting Andrea Constand in 2004. Dozens of other women had accused Cosby of assault, which the longtime actor and comedian denied.

For the conviction, Cosby was sentenced to 3 to 10 years in a Pennsylvania state prison.

In June, the Pennsylvania Supreme Court overturned the conviction and allowed him to be released on the grounds that his due process rights were violated. The judges found that a former Montgomery County district attorney’s move not to prosecute in 2005, in return for his deposition in a civil case, was used against him during his trial.

When he was released from prison after about three years in 2021, Cosby maintained his innocence.

“I have never changed my stance nor my story. I have always maintained my innocence. Thank you to all my fans, supporters, and friends who stood by me through this ordeal. Special thanks to the Pennsylvania Supreme Court for upholding the rule of law,” Cosby wrote on social media at the time.

“On behalf of Mr. & Mrs. Cosby and the Cosby family, we would like to offer our sincere gratitude to the justices of the United States Supreme Court for following the rules of law and protecting the Constitutional Rights of ALL American Citizens of these United States,” he told news outlets.

Describing the move as “truly a victory for Mr. Cosby,” Wyatt said the decision “shows that cheating will never get you far in life and the corruption that lies within Montgomery County District’s Attorney Office has been brought to the center stage of the world. Thank you very much.”

The Montgomery County District Attorney’s office in November 2021 said that the issue in question was whether his due process rights were violated.

“The question presented to the Court is: ‘Where a prosecutor publicly announces that he will not file criminal charges based on lack of evidence, does the Due Process Clause of the Fourteenth Amendment transform that announcement into a binding promise that no charges will ever be filed, a promise that the target may rely on as if it were a grant of immunity?’” the office said in a statement at the time.