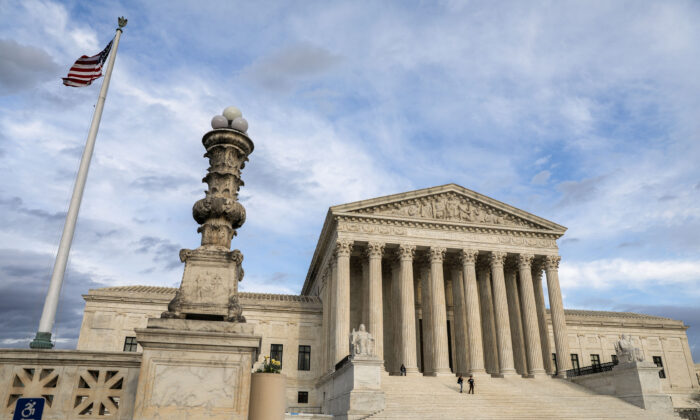 The Supreme Court has declined to take up a case challenging Washington transit authority’s policy that bars religious advertisements on public buses.

In 2017, Archdiocese of Washington sued the Washington Metropolitan Area Transit Authority (WMATA) after the agency refused to run one of its ads on the side of local buses in Washington. The ad, which contains a silhouette of three shepherds and sheep, along with the words “Find the Perfect Gift” and a link to the church website, was part of a Christmas time campaign that encouraged charitable giving and community service.

WMATA refused to accept the advertisement because of its religious nature. The archdiocese then filed a lawsuit alleging that WMATA’s policy violates the First Amendment’s free speech and free exercise clause as well as the Religious Freedom Restoration Act.

The district court and the court of appeals sided with WMATA, prompting an appeal to the Supreme Court (pdf).

“The court below nonetheless endorsed WMATA’s no-religious-speech policy on the theory that it permissibly excluded the entire ‘subject of religion’ instead of prohibiting speech from a religious viewpoint,” the archdiocese wrote in their petition. “That theory is neither legally nor factually tenable.”

On Monday, the top court, who is usually receptive to religious rights disputes, said they declined to review the case because Justice Brett Kavanaugh had to recuse himself from the case because he was previously involved as an appeals court judge. This means that with the court’s conservative and liberal 4-4 split, it is unlikely that the case would receive enough votes for a victory.

“Because the full Court is unable to hear this case, it makes a poor candidate for our review,” Justice Neil Gorsuch wrote in a statement accompanying the court’s denial (pdf). He was joined by Justice Clarence Thomas in his statement.

Gorsuch added that if Kavanaugh could have participated then “our intervention and a reversal would be warranted.”

He accepted the archdiocese’s arguments, saying that the transit authority’s action had violated the First Amendment and engaged in viewpoint discrimination. He said WMATA had opened up a “forum to discussion of a particular subject but then sought to ban discussion of that subject from a religious viewpoint.”

The justice went on to reject WMATA’s argument that it was treating religion as a subject rather than as a viewpoint, saying that it was an argument that stems from a misunderstanding of a previous Supreme Court case.

“[T]he Court [in that case] recognized that religion is not just a subject isolated to itself, but often also ‘a specific premise, a perspective, a standpoint from which a variety of subjects may be discussed and considered.'” Gorsuch argued.

He added that the Constitution requires government entities to respect religious speech and not to maximize advertising revenues.

“So if WMATA finds messages like the one here intolerable, it may close its buses to all advertisements,” he wrote. “More modestly, it might restrict advertisement space to subjects where religious viewpoints are less likely to arise without running afoul of our free speech precedents.”

“The one thing it cannot do is what it did here—permit a subject sure to inspire religious views, one that even WMATA admits is ‘half ” religious in nature, and then suppress those views.”

He concluded that the First Amendment requires the government to “protect religious viewpoints, not single them out for silencing.”