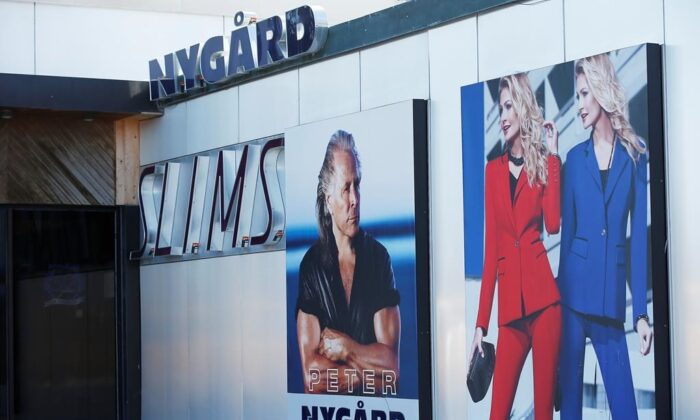 A Nygard store in Winnipeg is shown on Feb. 26, 2020. The Supreme Court of Canada is expected to deliver a ruling today on whether Canadian fashion mogul Peter Nygard, who is facing sex trafficking and racketeering charges in the United States, will stay behind bars. (The Canadian Press/John Woods)
Canada

OTTAWA—The Supreme Court of Canada won’t hear a bail appeal from a Canadian fashion mogul who is facing trafficking and racketeering charges in the United States.

Peter Nygard applied earlier this year to the country’s highest court for permission to challenge a Manitoba ruling that denied him release while he awaits possible extradition. His lawyers argued there is inconsistency in how courts decide on incarceration when it comes to extradition hearings.

An Appeal Court justice had ruled that Nygard’s detention was necessary because of the enormity of the allegations against him.

Nygard is accused by American authorities of using his influence to lure women and girls with the promise of modelling and other financial opportunities.

He has denied all the allegations.

As usual, the high court gave no reasons for it’s decision to not examine the case.

Nygard was arrested in Winnipeg last December under the Extradition Act and faces nine counts in the Southern District of New York.

The 80-year-old was first denied bail in February with a judge citing concerns Nygard would contact witnesses if released. Nygard appealed that decision and was again denied release in March.

His lawyers presented the bail hearings with a release plan that included monitoring of all emails and text messages. It also involved an in-home security guard and 24-hour video surveillance.

Federal prosecutors argued that Nygard has the finances and personnel available to help him in obstructing justice.

Nygard’s extradition hearing is to take place in November. The extradition request from the U.S. details accounts from seven alleged victims who are expected to testify in a criminal trial in that country.

The women allege their livelihoods and their movements became dependent on having sex with Nygard. They say they were coerced through financial means or physical force.

Nygard is also the subject of a class-action lawsuit in the U.S. involving 57 women with similar allegations.