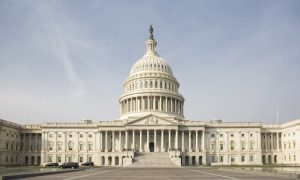 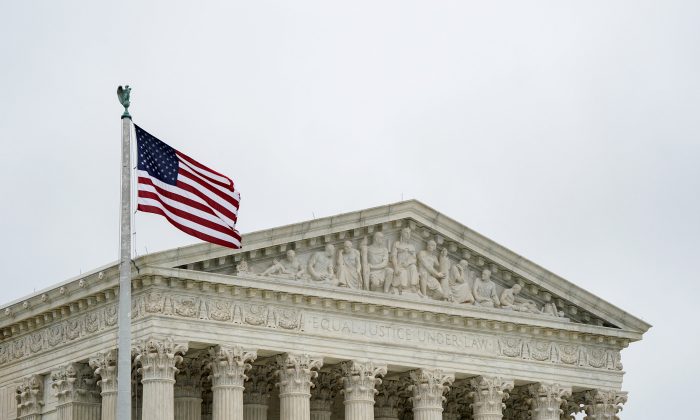 In a 5-4 decision in the case Trump v. Hawaii, the Supreme Court upheld President Donald Trump’s proclamation limiting admission into the United States of foreign nationals from eight nations.

The June 26 decision affirmed the president’s executive power over immigration. The ruling was welcomed by Trump as a victory highlighting the importance of strong border security.

“We have to make sure we vet people coming into the country,” he said.

At issue was the legality of a proclamation issued by Trump in September 2017 that limited entry into the United States of foreign nationals from Chad, Iran, Somalia, Libya, North Korea, Syria, Venezuela, and Yemen. This was Trump’s third attempt by executive order to restrict immigration from countries deemed a threat to the United States. The proclamation followed a worldwide assessment of threats from each nation.

Justice John Roberts, writing for the majority, said, “The President then issued a Proclamation setting forth extensive findings describing how deficiencies in the practices of select foreign governments—several of which are state sponsors of terrorism—deprive the Government of ‘sufficient information to assess the risks [those countries’ nationals] pose to the United States.’”

This proclamation, Roberts found, satisfied the requirements of the 1952 law that gives the president power to restrict immigration to the United States.

That law “exudes deference to the President in every clause. It entrusts to the President the decisions whether and when to suspend entry… ; whose entry to suspend (“all aliens or any class of aliens”); for how long (“for such period as he shall deem necessary”); and on what conditions (“any restrictions he may deem to be appropriate”).

Roberts noted it is “unsurprising” that the Supreme Court has previously found that the president is vested “‘ample power’ to impose entry restrictions.”

The plaintiffs and the four dissenting justices argued that statements Trump had made during the presidential campaign about, for instance, the need for a “Muslim ban” showed the intent of the proclamation was discriminatory and therefore unconstitutional.

Roberts rejected these arguments, writing: “The Proclamation is expressly premised on legitimate purposes: preventing entry of nationals who cannot be adequately vetted and inducing other nations to improve their practices. The text says nothing about religion.”

In response to the decision, Trump said in a statement: “Today’s Supreme Court ruling is a tremendous victory for the American People and the Constitution. The Supreme Court has upheld the clear authority of the President to defend the national security of the United States.

“This ruling is also a moment of profound vindication following months of hysterical commentary from the media and Democratic politicians who refuse to do what it takes to secure our border and our country.”

The United States “will always be safe, secure, and protected on my watch,” Trump said.