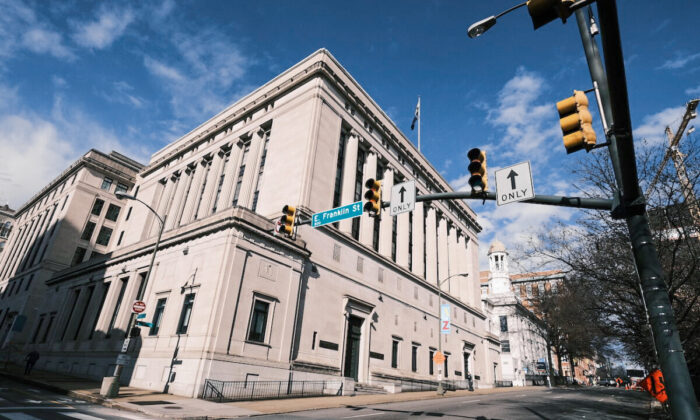 The investigation links back to the sexual assaults of two 15-year-old girls at two Loudoun County schools. Both assaults were committed by the same teenage boy who was transferred to the second school after the first assault.

An LCPS official at first denied reports of the rape and later apologized for making “misleading” comments after an email emerged, which revealed that officials knew about the incident the day it occurred.

“After the Loudoun County School Board failed to address sexual assault incidents in their district, were not held accountable for their actions, and continuously let down students and parents in Virginia, I signed an executive order on my first day in office authorizing an investigation by Attorney General [Jason] Miyares into the Loudoun County Public Schools,” Youngkin said in a statement.

The investigation continues. A message from me on our victory against Loudoun County School Board: pic.twitter.com/VODADRWn1q

The attorney general hailed the ruling on Friday, promising that his investigation would continue.

“The Supreme Court of Virginia just rejected the Loudoun County School Board’s attempt to end my office’s investigation,” he said on Twitter. “I made a promise to investigate what happened and find justice for Loudoun families. I’m going to fulfill that promise. The investigation will continue.”

The school district tried to quash the grand jury investigation by seeking an injunction from a judge in July, claiming Miyares was overstepping his authority as attorney general. The judge denied that petition.

On Aug. 16, the school board took the case to the state Supreme Court, which found that the school board did not make a convincing enough case for why the grand jury investigation infringes its rights.

“A grand jury investigation does not render the power of local supervision meaningless. The School Board will continue to oversee the County’s schools exactly as before. The constitutional power to administer a school district does not bring with it immunity from investigation for violations of the criminal law,” the court ruling stated (pdf).

The justices found that the grand jury investigation would not cause “irreparable harm,” which is needed to grant an injunction, nor does fear of “potential for investigative overreach” cause such harm to the school board’s authority.

“The special grand jury is not hiring and firing teachers, spending money allocated for the schools, deciding where schools should be built, and so on, i.e. nothing the grand jury is doing restricts the School Board’s core constitutional power of supervision over the schools in Loudoun County. At this point, there does not appear to be any actual harm, much less irreparable harm,” the ruling stated.

The ruling also noted that there are remedies at law available to anyone subject to a potential “improper subpoenas,” as they could move to “quash those subpoenas.”

The Loudoun County School Board released a statement on Friday thanking the Supreme Court for “consideration of the unusual circumstances regarding this special grand jury.”

“While LCPS is disappointed in the results, it will continue to comply with the Special Grand Jury’s requests and awaits the results of its investigation,” the statement read.

On Jan. 12, he was sentenced to probation at a residential treatment facility until his 18th birthday in July 2024.

Scott Smith, the father of the girl raped in the first assault, has said that he was first told there had been a physical altercation. When he arrived at the school, he learned that there had actually been a sexual assault. Smith said he became furious. Loudoun County Sheriff’s deputies responded to the scene but he avoided arrest.

LCPS has been accused of mishandling the assaults. LCPS Superintendent Scott Ziegler has been strongly criticized for allowing the teen offender to switch to another public school after the first assault.

The assaults occurred before and after the county adopted a transgender-friendly policy that would allow boys who self-identify as girls to use girls’ bathrooms. The boy was in the girls’ bathroom and wearing a skirt at the time he raped the 15-year-old student.

At a school board meeting on June 22, Ziegler denied the existence of any school bathroom assaults, which some parents feared would be the result of adopting such a policy. However, emails later made public revealed that he and the school board, at the time of the meeting, were aware of the May 28 assault.

In response to a public outcry over an alleged cover-up, Ziegler hired a law firm to conduct an “independent review” of LCPS’s handling of the two sexual assault cases.