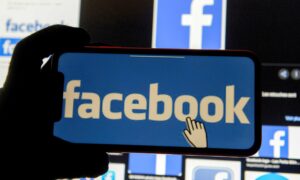 Supreme Court Undoes Statute of Limitations for Rape in the Military

The Supreme Court unanimously restored the convictions of three male U.S. Air Force members for rape under military law after an appeals court threw out the verdicts because they took place after a supposed statute of limitations had expired under military law.

The 8–0 ruling on Dec. 10 was a victory for the Trump administration.

Eight justices, instead of the usual nine, heard oral arguments Oct. 13 in the case known as U.S. v. Briggs, which was consolidated and heard with other cases. Justice Ruth Bader Ginsburg had died on Sept. 18, and Justice Amy Coney Barrett, who didn’t participate in this case, hadn’t yet replaced her at the time of the hearing.

“The unanimous nature of this opinion is a testament of just how wrong the lower court’s opinion was,” retired Air Force Col. Don Christensen, president of Protect Our Defenders, an advocacy group for victims of sexual assault in the military, said in a statement.

The legal issue before the high court was whether the U.S. Court of Appeals for the Armed Forces erred in breaking with a legal precedent known as Willenbring v. Neurauter (1998) in finding in 2018 that the Uniform Code of Military Justice (UCMJ) allowed prosecution of a rape that took place between 1986 and 2006 only if it was discovered and charges were laid within five years.

It was the government’s position that there is no statute of limitations for military rape because Congress specifically exempted from temporal limitations all military crimes subject to capital punishment.

The convicted men argued that the “cruel and unusual punishments” clause of the Eighth Amendment forbids the death penalty for all rapes that don’t lead to the death of the victim, including military rapes. This implies, they said, that there was a statute of limitations for military rapes, and it ran out before the men were prosecuted.

Writing for the court, Justice Samuel Alito noted that before the case at hand, the high court had “never considered a direct Eighth Amendment challenge to a sentence of death for rape under the UCMJ.”

In the lead case, Michael J.D. Briggs was a captain and F-16 instructor pilot in the U.S. Air Force. After a night of heavy drinking in 2005, he went to the room of a female member of his squadron identified as “DK” and raped her.

DK, a staff sergeant, didn’t report the event to law enforcement right away, but did let others know about it. Briggs confessed his actions and expressed regret to DK in a 2013 telephone call, which she recorded, and he was convicted in 2014.

Sexual assault must be combated because it is “one of the most destructive factors in building a mission-focused military,” then-Secretary of Defense James Mattis wrote in a 2018 memo to all members of the Department of Defense, according to the government’s petition to the court.