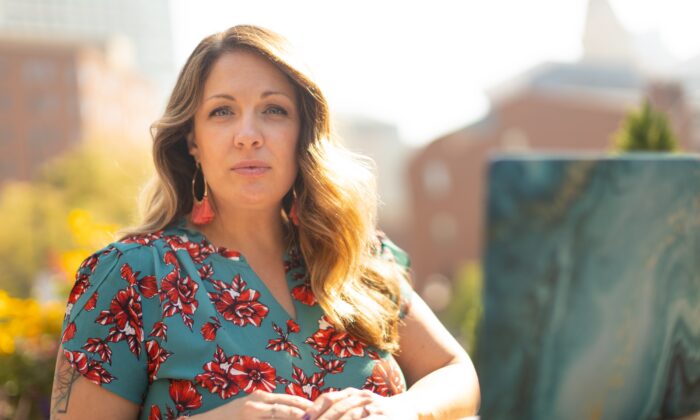 The Supreme Court agreed Feb. 22 to hear the case of a Colorado artist who doesn’t want to create websites for homosexual people.

Lorie Smith makes custom websites but because of her religious beliefs wishes to work only on sites that “celebrate and promote God’s design for marriage as an institution between one man and one woman,” according to court filings.

Smith, the owner of a firm called 303 Creative, wants to include messaging on her company’s site explaining her religious beliefs, but Colorado law bars her from doing so.

Specifically, state law says it is “a discriminatory practice and unlawful for a person, directly or indirectly, to refuse, withhold from, or deny to an individual or a group, because of disability, race, creed, color, sex, sexual orientation, marital status, national origin, or ancestry, the full and equal enjoyment of the goods, services facilities, privileges, advantages, or accommodations of a place of public accommodation…”

“I have served and continue to serve all people, including those who identify themselves as LGBTQ, but like all artists, there are some messages that I can’t pour my heart, my imagination, and my talents into creating because they violate my core convictions,” Smith told reporters on a call.

The U.S. Court of Appeals for the 10th Circuit ruled in 2021 that the law “permissibly compels … speech” and is “not unconstitutionally vague or overbroad,” upholding a lower court order, though one judge who dissented called it an “Orwellian diktat.”

Smith soon asked the Supreme Court to review the decision, and about five months later, the nation’s top court said it will.

The grant of the writ of certiorari means at least four justices voted to accept the case. The Supreme Court did not outline how each justice voted.

The court said its consideration of the case would be limited to one question: “Whether applying a public-accommodation law to compel an artist to speak or stay silent violates the Free Speech Clause of the First Amendment.”

In a statement on Tuesday, a lawyer for Smith said that “the government doesn’t have the power to silence or compel creative expression under the threat of punishment.”

“Colorado has weaponized its law to silence speech it disagrees with, to compel speech it approves of, and to punish anyone who dares to dissent. Colorado’s law—and others like it—are a clear and present danger to every American’s constitutionally protected freedoms and the very existence of a diverse and free nation,” Kristen Waggoner, general counsel for Alliance Defending Freedom, added.

Smith told reporters that she was “immensely grateful” that the case would be heard and she was hopeful justices will “rule in favor of free speech for all artists and, ultimately, for everyone.”

A lawyer for the defendants didn’t respond to a request for comment and does not appear to have commented on the development.

Lawyers for Aubrey Elenis, director of the Colorado Civil Rights Division, and other officials defending the law had told justices that they shouldn’t accept the case, arguing Smith didn’t prove she faced “a credible threat of enforcement” under the law in question.

“The record contains no evidence that anyone has asked the Company to create a website for a same-sex wedding; that Colorado has threatened enforcement; or that any future wedding website would convey a message that would be attributed to the Company. The Company lacks standing, and this case is not ripe,” they wrote in a recent brief.