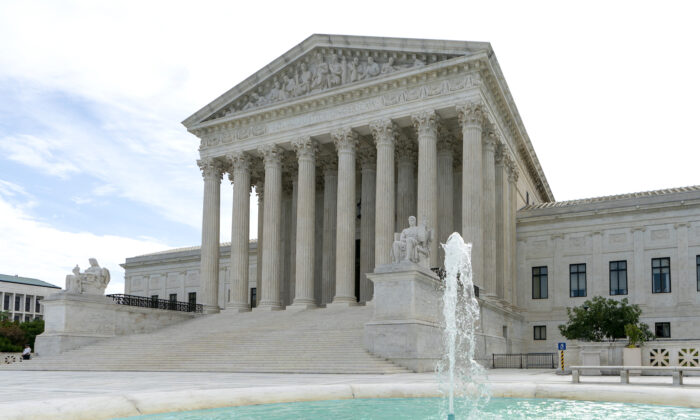 The Supreme Court agreed July 2 to consider the Trump administration’s appeal of a lower court’s decision compelling the U.S. Justice Department to give Congress documents from former special counsel Robert Mueller’s investigation into Russian interference in the 2016 election.

The case is cited as Department of Justice v. House Committee on the Judiciary. As is its custom, the Supreme Court didn’t provide reasons for its decision to review the March 10 ruling from the U.S. Court of Appeals for the District of Columbia Circuit that ordered the Justice Department (DOJ) to produce the documents.

The D.C. Circuit previously ruled 2–1 that Congress was participating in a special kind of judicial process to which the secrecy rules that normally protect grand jury documents didn’t apply.

“The committee has repeatedly stated that if the grand jury materials reveal new evidence of impeachable offenses, the committee may recommend new articles of impeachment. Courts must take care not to second-guess the manner in which the House plans to proceed with its impeachment investigation or interfere with the House’s sole power of impeachment,” Rogers wrote.

At least four of the nine sitting justices would have had to vote to hear the case for review to have been granted. The petition for certiorari, or review, was filed June 1 by U.S. Solicitor General Noel Francisco, after the high court put a hold on an appeals court ruling May 8.

Francisco told the Supreme Court it ought to make up its own mind about the “significant separation of powers” issues that the case raised. Congress doesn’t have a legitimate reason for seeking the grand jury documents, he argued in a submission to the high court.

“The House already has impeached the president, the Senate already has acquitted him, and neither [the committee] nor the House has provided any indication that a second impeachment is imminent,” Francisco wrote.

Earlier this year, the president was impeached by the House of Representatives for allegedly putting pressure on Ukraine to investigate Biden; Trump was later acquitted by the Senate.

Grand jury materials are generally kept secret, but the documents are being sought by the House Judiciary Committee, which has reportedly indicated that it’s continuing to investigate Trump for possibly impeachable offenses.

In its filings with the Supreme Court, the DOJ argued the high court had to act because the House hadn’t indicated it “urgently needs these materials for any ongoing impeachment investigation.”

“Unfortunately, President Trump and Attorney General Barr are continuing to try to run out the clock on any and all accountability,” Nadler said in a statement. “While I am confident their legal arguments will fail, it is now all the more important for the American people to hold the president accountable at the ballot box in November.”