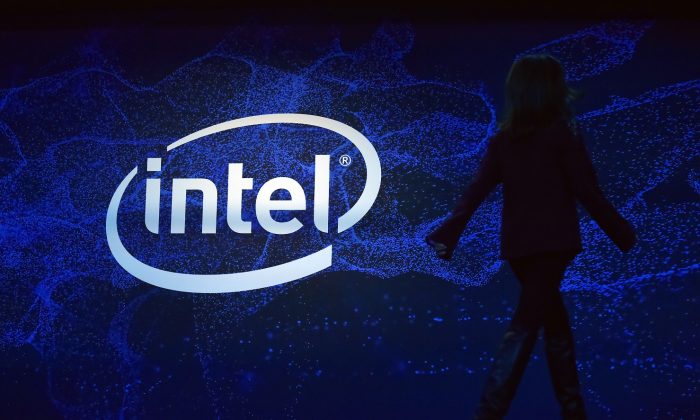 An Intel press event for CES 2019 at the Mandalay Bay Convention Center in Las Vegas on Jan. 7, 2019. (David Becker/Getty Images)
US News

WASHINGTON—For the second time in June, the Supreme Court has agreed to take on a case involving a technology company’s alleged mismanagement of employee retirement plan investments.

The case is known as Intel Corporation Investment Policy Committee v. Christopher M. Sulyma. Santa Clara, California-based Intel Corp. itself is not a party to the proceeding, which was originally brought in 2015 as a class-action lawsuit by Sulyma, a former Intel engineer.

On June 10, the Supreme Court granted a petition for certiorari brought by company managers. The managers are appealing a decision by the often-reversed 9th Circuit Court of Appeals, which revived a lawsuit that accused them of violating federal law by making bad employee retirement plan investments that ended up costing beneficiaries hundreds of millions of dollars.

The specific legal issue, according to court documents, is a legal deadline.

The case concerns whether the three-year limitations period in Section 413(2) of the Employee Retirement Income Security Act, 29 U.S.C. 1113(2), which begins to run on “the earliest date on which the plaintiff had actual knowledge of the breach or violation,” bars a lawsuit when “all of the relevant information was disclosed to the plaintiff by the defendants more than three years before the plaintiff filed the complaint, but the plaintiff chose not to read or could not recall having read the information.”

The Employee Retirement Income Security Act, or ERISA, is a federal statute that requires plan managers to invest the funds they control prudently.

Sulyma sued the Intel investment authorities managing the retirement contribution and 401(k) savings plans, accusing them of failing to uphold their fiduciary duty to the investor-participants. His claim was that the managers placed an unduly heavy emphasis on alternative investments such as hedge funds and private equity, as opposed to more conventional retirement funds. The managers said the investments were selected to diversify the various plan portfolios.

Sulyma, who worked at Intel from 2010 to 2012, said he was not aware of the alternative investments, or that they were associated with high fees and didn’t perform well. He also admitted he didn’t actually know what hedge funds were.

The managers countered that the lawsuit was filed out of time and shouldn’t be allowed to proceed. Beneficiaries usually get six years to file suit over ill-advised investment decisions but that period can be cut in half in certain circumstances.

Intel managers say the lawsuit should be dismissed because the employees investing in the plan had “actual knowledge” of the issues complained about more than three years before the lawsuit was initiated.

The 9th Circuit sided with Sulyma, finding that the three-year deadline for filing suit applied only if he had known not only that the investments had taken place but also that they had been made imprudently.

This is the second petition the Supreme Court has granted in June that concerns a technology company’s alleged mismanagement of pension funds. The high court decided June 3 to consider whether managers of a retirement fund for IBM employees who invested in IBM stock can be sued for not disclosing that the company’s microelectronics business was overvalued.

That case is known as Retirement Plans Committee of IBM v. Jander, and is an appeal from a December 2018 decision by the New York-based 2nd Circuit Court of Appeals. IBM, short for International Business Machines Corp., of Armonk, New York, is not a party to the proceeding, but its executives were members of the committee that is a party.