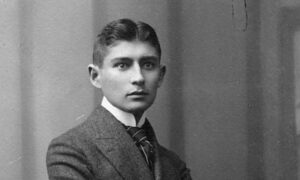 The U.S. Supreme Court ruled Monday that a Georgia college should be held accountable for its now-rescinded policies that prevented two former students from speaking on campus about their Christian faith.

In an 8-1 opinion (pdf) in which Chief Justice John Roberts was the sole dissenter, the high court said just one dollar in compensation, sought by students who argue that the college’s speech code violated their First Amendment rights, is enough to keep the case alive.

The case stems from a 2016 incident in which Georgia Gwinnett College students Chike Uzuegbunam and Joseph Bradford, both evangelical Christians, were told that they could only speak about their religion in two designated “free speech expression areas.” But when Uzuegbunam tried to speak in one of the small free speech zones, a campus police officer again asked him to stop, citing a school policy that banned any expression that “disturbs the peace and/or comfort of person(s).”

In response to the First Amendment lawsuit, Georgia Gwinnett College ultimately chose to discontinue the challenged policies rather than to defend them, allowing speech in any outdoor area of campus. The policy change and Uzuegbunam’s graduation from the college led a federal district court to declare the case as moot, a ruling that was upheld by the 11th Circuit Court of Appeals.

The Supreme Court overturned the lower court decision, saying that the $1 nominal damages, previously deemed inadequate to save a case from mootness, were not purely symbolic.

“Nominal damages are not a consolation prize for the plaintiff who pleads, but fails to prove, compensatory damages,” Justice Clarence Thomas wrote for the majority. “They are instead the damages awarded by default until the plaintiff establishes entitlement to some other form of damages, such as compensatory or statutory damages.”

“Because nominal damages were available at common law in analogous circumstances, we conclude that a request for nominal damages satisfies the redressability element of standing where a plaintiff’s claim is based on a completed violation of legal right,” Thomas wrote.

Roberts, however, wrote in his dissenting opinion that the redressing of a case is meant to alleviate the plaintiff’s injury, either by compensating for a past loss or by preventing an ongoing or future harm. In the free speech case of Uzuegbunam and Bradford, according to Roberts, the $1 nominal damages do not serve either of those purposes.

“They are not intended to approximate the value of tangible or intangible harms, or the deterrent effect required to prevent further misconduct,” Roberts wrote. “And they are not calculated with reference to either of these purposes.”

Roberts warned that Monday’s decision “risks a major expansion of the judicial role.”

“Going forward, the Judiciary will be required to perform this function whenever a plaintiff asks for a dollar,” Roberts argued. “For those who want to know if their rights have been violated, the least dangerous branch will become the least expensive source of legal advice.”

Alliance Defending Freedom (ADF), the conservative legal group representing the suing students, applauded the decision, saying they are pleased that the Supreme Court “weighed in on the side of justice for those victims.”

“Officials within our public institutions shouldn’t get a free pass for violating constitutional rights on campus or anywhere else,” Kristen Waggoner, a general counsel with ADF, said in a statement. “When such officials engage in misconduct but face no consequences, it leaves victims without recourse, undermines the nation’s commitment to protecting constitutional rights, and emboldens the government to engage in future violations.”