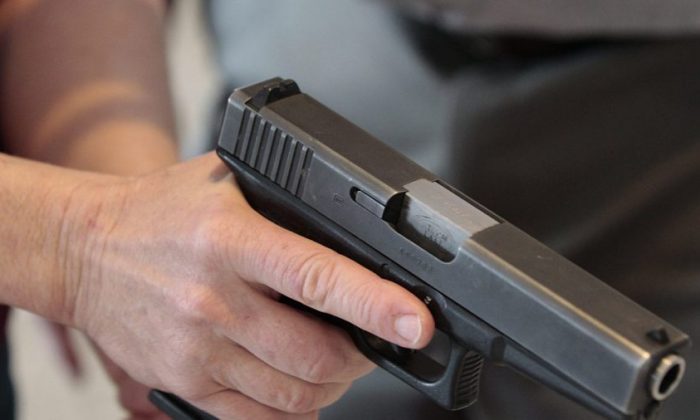 In the case known as New York State Rifle and Pistol Association v. City of New York, the city claimed it needed the appeal to be placed on hold indefinitely because it was in the process of amending its peculiarly onerous law that prevents lawful gun permit holders from transporting their unloaded, locked-up weapons outside city limits.

The city filed a motion on April 12 that sought on speculative grounds to place the briefing schedule in abeyance in Supreme Court parlance. The motion indicated that the New York Police Department published a “Notice of Public Hearing and Opportunity to Comment on Proposed Rule,” which could lead to a future change in licensing regulations after a public comment period and a public hearing.

“This change applies only to legal gun owners who have already gone through a strenuous background verification process,” police Commissioner James O’Neill said.

“The NYPD’s focus will always be on criminals who wield illegal guns, and those who would use guns to cause violence on our streets. Reasonably accommodating the interests of licensed gun owners in transporting their firearms to a legal shooting range or second home strikes a responsible balance between individual interests and public safety.”

The new regulation would have changed elements of the law that gun-rights activists say are unconstitutional by allowing handgun owners to transport their guns to vacation homes, shooting ranges, and shooting contests outside the city.

The motion was denied April 29 by the Supreme Court justices without comment and so the 6-year-old case will continue.

“The City of New York did not respect its citizens’ Second Amendment rights before the Supreme Court granted review in this case and it will not respect them going forward,” said Chris W. Cox, executive director of the National Rifle Association-Institute for Legislative Action.

“We are confident that the Court will reject New York’s desperate attempt to avoid review of its blatantly unconstitutional laws.”

The Supreme Court decided on Jan. 22 to review a ruling by the 2nd Circuit Court of Appeals that upholds the city law that prevents lawful gun permit holders from transporting their unloaded, locked-up weapons outside city limits.

The city residents who launched the lawsuit wanted to practice shooting at target ranges outside the city or transport their firearms to second homes elsewhere in the state, but the city wouldn’t let them do what they wanted with their property. The city claims the transport ban promotes “public safety” by limiting handguns on city streets, but the petitioning gun owners say the city has provided no evidence that the regulation contributes to public safety.

Former U.S. Solicitor General Paul Clement has urged the high court to expand on the constitutional gun rights it articulated in District of Columbia v. Heller (2010), which protects an individual’s right to possess a firearm, and McDonald v. Chicago (2012), which holds the right of an individual to “keep and bear arms” is constitutionally incorporated, or made applicable, to the states.

Clement said the case “is a perfect vehicle to reaffirm that those decisions and the constitutional text have consequences.”

Seventeen states back the lawsuit and have urged the Supreme Court to overturn the New York City law.

The petitioners’ brief on the merits of the case is due May 7. A response is due from the city on Aug. 5. The court has not yet scheduled oral arguments in the case, which are expected to take place in the fall.