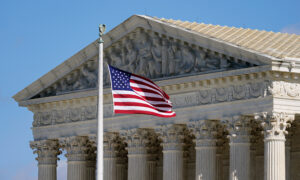 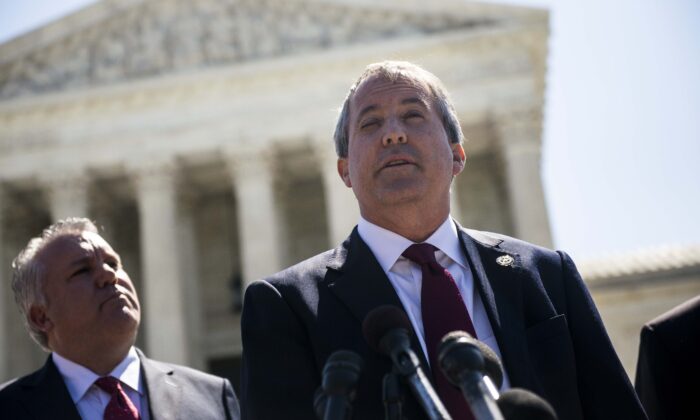 The Supreme Court on Tuesday set a Dec. 10, 3 p.m., deadline for the defendants to file briefs opposing a request by the state of Texas to file an election complaint against the battleground states of Pennsylvania, Georgia, Michigan, and Wisconsin.

In an unsigned docket entered on the docket for the case, to court directed respondents to submit their arguments against the request to file a complaint and the motion for a temporary restraining order.

The state of Texas on Dec. 8 filed an election lawsuit in the Supreme Court against the four states, alleging they unconstitutionally changed election laws, treated voters unequally, and triggered significant voting irregularities by relaxing ballot-integrity measures.

“Trust in the integrity of our election processes is sacrosanct and binds our citizenry and the States in this Union together,” Texas Attorney General Ken Paxton said in a statement. “Georgia, Michigan, Pennsylvania, and Wisconsin destroyed that trust and compromised the security and integrity of the 2020 election.”

Attorneys general from the defendant states disputed the claims in the lawsuit.

The Texas lawsuit seeks a determination by the court that the four battleground states conducted the 2020 election in violation of the Constitution. Paxton is asking the court to prohibit the counting of the Electoral College votes cast by the four states. For the defendant states that have already appointed electors, the lawsuit asks the court to direct the state legislatures to appoint new electors in line with the Constitution.

Beyond seeking a remedy to determine the outcome of the 2020 election, Texas is asking the Supreme Court to clarify the law for future contests.

“In addition to injunctive relief for this election, Plaintiff State seeks declaratory relief for all presidential elections in the future. This problem is clearly capable of repetition yet evading review,” the lawsuit states. “This Court’s attention is profoundly needed to declare what the law is and to restore public trust in this election.”

A number of Republican attorneys general signaled support for the Texas lawsuit, but none formally joined the case.

Paxton filed the challenge on the day of the so-called safe harbor deadline, six days before states are due to certify their electors. The attorney general is asking the Supreme Court to extend the certification deadline.

“To safeguard public legitimacy at this unprecedented moment and restore public trust in the presidential election, this Court should extend the December 14, 2020 deadline for Defendant States’ certification of presidential electors to allow these investigations to be completed,” the court filing states.