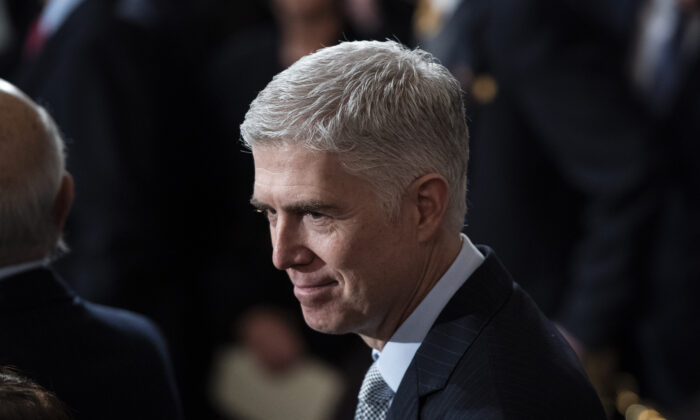 The Supreme Court issued a procedural ruling late Dec. 16 that will prolong the ongoing litigation over the Texas “heartbeat” law that bans abortions after six weeks of gestation and crowdsources enforcement to members of the public.

The brief order, signed by Justice Neil Gorsuch, sends the case to the New Orleans-based U.S. Court of Appeals for the 5th Circuit–which is perceived as a conservative appellate court—as Texas officials had requested. The high court refused to stay the Texas law.

“We know the Court of Appeals is inclined to slow walk this challenge and allow Texas to enforce the law relative to District Court,” Leah Litman, a law professor at the University of Michigan told The Hill newspaper.

Abortion chain Whole Woman’s Health had asked for the case to be sent back to a specific federal district court, which is considered to have been receptive in general to its challenge to the  Texas Heartbeat Act, also known as SB 8.

Instead of authorizing government officials to prosecute violations, the statute, which took effect on Sept. 1, allows any person to sue someone who performs or induces an abortion, or aids and abets an abortion, after “cardiac activity” can be detected in the fetus, generally possible starting the sixth week of pregnancy. This means that someone who helps a woman obtain an abortion by driving her to a clinic could, in theory, be sued under the statute. Private citizens may initiate civil suits seeking a minimum of $10,000 per abortion, money that some have described as a “bounty.”

Whole Woman’s Health, which runs clinics in Texas and five other states, had sued to overturn the new law, arguing that it violates Roe v. Wade (1973) and Planned Parenthood v. Casey (1992), in which the Supreme Court discovered a constitutionally protected right to obtain an abortion before the fetus is viable, at about the 24-week mark. The chain of clinics also challenged the novel enforcement mechanism that relies on individuals filing lawsuits.

The Supreme Court heard oral arguments in the case Nov. 1, as The Epoch Times reported.

The dispute moved to the court at high speed, by high court standards.

Despite public uproar on the pro-abortion left, including demands for boycotts of Texas and the immediate repeal of the law, the court voted 5–4 on Sept. 1 to deny a request to halt its enforcement. The next day, President Joe Biden excoriated the court, saying its refusal to block the law was “an unprecedented assault on a woman’s constitutional rights under Roe v. Wade, which has been the law of the land for almost 50 years.”

Political pressure continued to mount, and on Oct. 22, the Supreme Court abruptly voted to hear the case on an expedited basis and scheduled the Nov. 1 hearing. Between Sept. 1 and Oct. 22, the legal situation in Texas received saturation media coverage as activists and politicians denounced the high court and argued that Texas women have been harmed and inconvenienced by the law.

The Dec. 16 ruling came after a divided Supreme Court voted to move the case forward, as The Epoch reported. The court decided not to dismiss the case and removed some of the named defendants from the appeal.

In the majority opinion written by Gorsuch, the court dismissed as defendants state court clerk Penny Clarkston and state Judge Austin Jackson, as well as Texas Attorney General Ken Paxton, a Republican, because he lacks the ability to enforce the law.

Mark Lee Dickson, the only private individual named as a defendant, should also be excused because he has not filed a suit, the ruling stated. Other defendants, including Stephen Carlton, executive director of the Texas Medical Board, will remain as parties in the litigation.