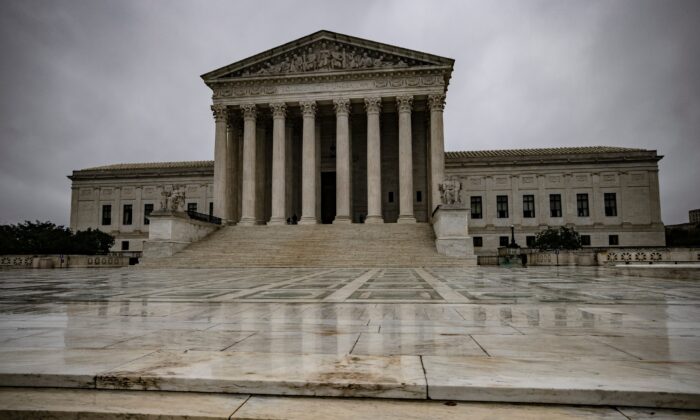 The Supreme Court on Monday ruled against claims of qualified immunity in the case of alleged mistreatment of a prisoner by correctional officers.

In a 7-1 unsigned ruling, the nation’s highest court overturned the lower court ruling that was in favor of the officers’ claim of qualified immunity, which protects government officials from most lawsuits involving the rights of plaintiffs.

“‘Qualified immunity shields an officer from suit when she makes a decision that, even if constitutionally deficient, reasonably misapprehends the law governing the circumstances she confronted.’ But no reasonable correctional officer could have concluded that, under the extreme circumstances of this case, it was constitutionally permissible to house Taylor in such deplorably unsanitary conditions for such an extended period of time,” the Supreme Court ruled.

The lawsuit was filed by Trent Taylor, who is an inmate in the custody of the Texas Department of Criminal Justice.

Taylor says he was held in a pair of “shockingly unsanitary cells” for six days in September 2013, describing horrid conditions such as feces on the floor, the ceiling, and the walls of the first cell and raw sewage covering the floor of the next cell, which lacked a bed, because of a clogged drain.

The Court of Appeals for the Fifth Circuit ruled that the confinement conditions violated the Eighth Amendment’s prohibition on cruel and unusual punishment. But the court ruled that the law wasn’t clearly established, meaning the officials responsible for the conditions didn’t have “‘fair warning’ that their specific acts were unconstitutional.”

The case was remanded for further proceedings.

Justice Amy Coney Barrett, who was recently confirmed to the court, did not take part in the consideration or decision of the case. Barrett was expected to hear arguments for the first time on Monday.

The Texas Attorney General’s office, which represented the officers in the case, has not commented on the ruling.

Elizabeth Cruikshank, an attorney for Taylor, said in a statement that “we are thrilled with this morning’s decision.”

“Texas prison officials subjected our client, Trent Taylor, to horrific abuse by keeping him naked in cells covered in human feces for six days. Today the Supreme Court rightly recognized that any reasonable officer should have realized that such conditions offended the Constitution,” she said.

“SCOTUS breathed new life into the notion that qualified immunity should be denied if the constitutional violation is obvious—a ruling the Court made almost 20 years ago but has ignored until today,” she wrote on Twitter.