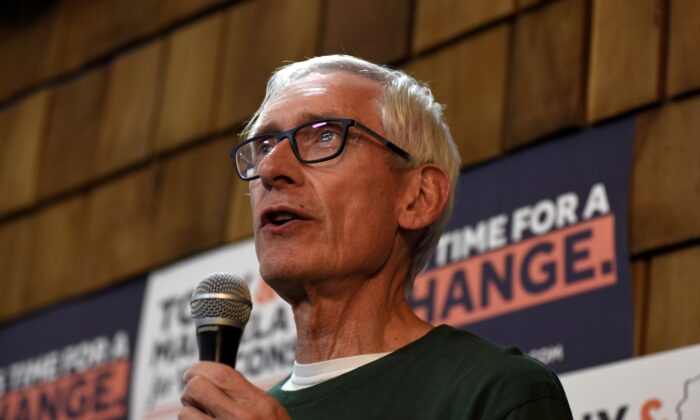 At the same time, the U.S. Supreme Court also declined to block a new congressional map for the state that was chosen by the Wisconsin court. Republicans currently hold five of the state’s eight congressional seats, while Democrats hold three.

Republicans control both chambers of the state legislature in the Badger State. Population shifts discovered after the 2020 Census forced the state to go through redistricting, a process that was hotly contested by both political parties. Republicans approved maps in 2011, when they controlled the legislature and the governorship. This time, however, Gov. Tony Evers, a Democrat, and the Republican-dominated legislature couldn’t agree on new maps.

The Wisconsin Supreme Court was then asked to draw the maps to be used in the next elections. That court invited interested parties, including the legislature and the governor, to propose new maps consistent with the state constitution, U.S. Constitution, and the federal Voting Rights Act (VRA). On March 3, the Wisconsin court voted 4–3 to accept the maps drawn by the governor.

The case is Wisconsin Legislature v. Bostelmann, court file 21A471. Marge Bostelmann is a member of the Wisconsin Elections Commission. The emergency application brought by Wisconsin Republicans was addressed to Justice Amy Coney Barrett, who referred the matter to the full court.

Republicans asked the high court to throw out a state legislative electoral map drawn by Evers, which they say is racially skewed, in favor of one crafted by the Republican-controlled state legislature. Republicans said Evers shifted too many voters to form an additional majority-black district, while Democrats said the shifting had to be done in order to comply with the VRA.

Currently, six state Assembly districts have a black majority, but the map provided by Evers would have raised that number to seven.

Republicans said in the emergency application (pdf) filed with the U.S. Supreme Court on March 7 that Evers’s maps “mark a radical redraw from Wisconsin’s past redistricting plans” and that they make Wisconsin “home to the 21st-century racial gerrymander.”

They also said the race-based maps were created without sufficient justification, in violation of the Equal Protection Clause of the 14th Amendment to the U.S. Constitution.

“In Wisconsin—just as everywhere—racially gerrymandering districts perpetuates the very harm that the Voting Rights Act was enacted to eliminate,” Republicans wrote in the application.

The U.S. Supreme Court sided with Wisconsin Republicans in an unsigned order (pdf). The case was disposed of without hearing oral arguments.

“We agree that the court committed legal error in its application of decisions of this Court regarding the relationship between the constitutional guarantee of equal protection and the VRA,” the March 23 opinion reads. “The question that our VRA precedents ask, and the [Wisconsin] court failed to answer, is whether a race-neutral alternative that did not add a seventh majority-black district would deny black voters equal political opportunity.

According to the U.S. Supreme Court, The Wisconsin court “believed that it had to conclude only that the VRA might support race-based districting—not that the statute required it. Our precedent instructs otherwise.”

“When the Wisconsin Supreme Court endeavored to undertake a full strict-scrutiny analysis, it did not do so properly under our precedents, and its judgment cannot stand,” the opinion reads.

“The judgment of the Supreme Court of Wisconsin is reversed as to the selection of the Governor’s State Assembly and Senate maps, and the case is remanded for further proceedings not inconsistent with this opinion. On remand, the court is free to take additional evidence if it prefers to reconsider the Governor’s maps, rather than choose from among the other submissions. Any new analysis, however, must comply with our equal protection jurisprudence.

Justice Sonia Sotomayor dissented from the ruling, and her dissent was joined by Justice Elena Kagan.

“In an emergency posture, the Court summarily overturns a Wisconsin Supreme Court decision resolving a conflict over the State’s redistricting, a decision rendered after a 5-month process involving all interested stakeholders,” she wrote.