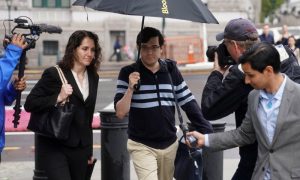 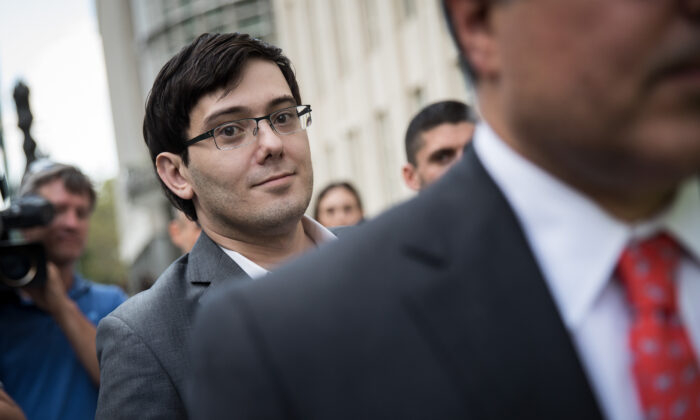 The U.S. Supreme Court has refused to take up the appeal case of Martin Shkreli, the disgraced former pharmaceutical executive who was convicted of defrauding investors.

The high court’s decision on Nov. 18 effectively upholds Shkreli’s seven-year prison sentence and a fine of about $7.4 million.

Shkreli was convicted in 2017 of lying to investors about the performance of two failed hedge funds that he was running. He appealed to the 2nd Circuit Court of Appeals, but the three-judge panel upheld the lower court’s decision.

“We are disappointed by the court’s decision and continue to maintain that Martin was never treated fairly by any of the courts that have reviewed his case,” Shkreli’s lawyer Ben Brafman said in a statement to The Epoch Times. “Unfortunately, there is often a price to pay for notoriety. It is never helpful.”

Brafman had argued in the petition to the nation’s highest court that the instructions given to the jury at his trial were confusing (pdf).

The 36-year-old Shkreli drew the public’s ire in 2015 when, as CEO of a company then called Turing Pharmaceuticals, he raised the price of a lifesaving drug called Daraprim that is used to treat parasitic infections to $750 per pill from $13.50. He was widely criticized for several comments he made defending the price increase and on social media, which led to him being dubbed “Pharma Bro” and “the most hated man in America” at the time.

While in jail, Shkreli continued to attract controversy when he sued a man, Lee Yaffe, who testified at Shkreli’s criminal trial and is the son of an investor in his company. Shkreli’s suit filed in a federal court in September stems from a civil case in which a judge ordered him to pay more than $420,000 covering a promissory note to Yaffe’s father George Yaffe.

The lawsuit claims that Lee Yaffe had pressured Shkreli to sign the promissory note for $250,000 after George Yaffe lost a $100,000 investment in one of Shkreli’s hedge funds in 2012. He is seeking an unspecified amount of damages.

In April, Shkreli was transferred to solitary confinement after he was accused of running his drug company from federal prison using a contraband smartphone, according to the Associated Press, which cited a person familiar with the matter who spoke on condition of anonymity.

His phone use was first reported by The Wall Street Journal in March, which said Shkreli continued to remain a shadow power of his company while in prison, by posting to social media and even firing a company executive.