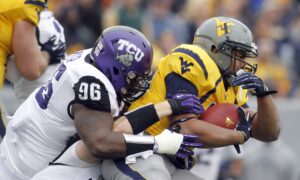 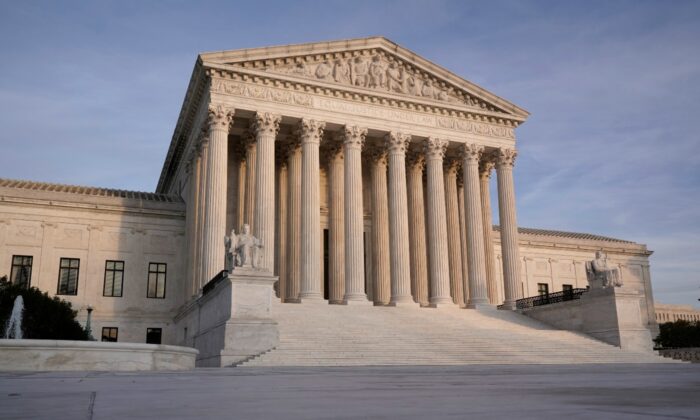 In a 5–4 ruling on June 25, the Supreme Court sided with credit reporting company TransUnion, removing most of the more than 8,000 plaintiffs from a consumer class-action lawsuit against the firm, which had categorized those individuals as potential terrorists.

The ruling is a defeat for the Biden administration, which had argued all 8,185 individuals in the class sustained an “informational injury” at the hands of TransUnion and therefore had standing to sue. The high court decided that 6,332 of the class members lacked standing.

The opinion in TransUnion LLC v. Ramirez, court file 20-297, was written by Justice Brett Kavanaugh and backed by four conservative justices. On the other side were Justices Clarence Thomas and the three liberal justices. Thomas and Justice Elena Kagan both filed separate dissenting opinions.

Lead plaintiff Sergio L. Ramirez is the representative for a class-action lawsuit against the credit reporting firm TransUnion. He claimed the company deliberately violated the Fair Credit Reporting Act, a statute from 1970 that created a cause of action allowing consumers to recover damages for certain violations. Ramirez claimed the company falsely reported that his name appeared in the database operated by the Department of the Treasury’s Office of Foreign Assets Control (OFAC).

According to the government, OFAC “administers and enforces economic and trade sanctions based on US foreign policy and national security goals against targeted foreign countries and regimes, terrorists, international narcotics traffickers, those engaged in activities related to the proliferation of weapons of mass destruction, and other threats to the national security, foreign policy or economy of the United​ States.”

Its database contains the names of “individuals and companies owned or controlled by, or acting for or on behalf of, targeted countries. It also lists individuals, groups, and entities, such as terrorists and narcotics traffickers designated under programs that are not country-specific.”

Ramirez claimed the inaccurate report hindered his efforts to secure credit, embarrassed him in front of family, and forced him to cancel a vacation. He discovered his OFAC listing when he tried to buy a car at a dealership.

He filed a class-action lawsuit that included 8,184 other class members to whom TransUnion sent a letter similar to the letter the company sent him in 2011 regarding the OFAC database.

TransUnion argued that the class action was improper because there was no proof that anyone other than Ramirez had suffered injuries. Most of the class members’ OFAC listings were never disclosed to third parties.

A U.S. district court ruled that all members of the class had standing and a jury awarded more than $60 million in damages to the class members. TransUnion appealed to the U.S. Court of Appeals for the 9th Circuit, which affirmed the judgment but reduced the damages to $40 million.

TransUnion argued in its petition to the Supreme Court that the jury’s verdict “reflected a perfect storm of standing, class certification, and punitive damages problems, combining to give rise to a multi-million dollar damages award in a case with no proven injury to anyone beyond the named plaintiff.”

In the Supreme Court’s decision, Kavanaugh wrote that to sue in federal court, “plaintiffs must demonstrate, among other things, that they suffered a concrete harm. No concrete harm, no standing.”

To establish “concreteness,” it must be shown that the harm bears a “close relationship” to “a harm traditionally recognized as providing a basis for a lawsuit in American courts—such as physical harm, monetary harm, or various intangible harms including … reputational harm.”

In the case at hand, a class of 8,185 individuals sued TransUnion in federal court, claiming the company failed to take reasonable steps to assure their credit files were accurate. TransUnion provided misleading credit reports about 1,853 class members to third-party businesses, Kavanaugh wrote.

“We conclude that those 1,853 class members have demonstrated concrete reputational harm and thus have … standing to sue on the reasonable-procedures claim,” the opinion stated.

Because the credit files of the other 6,332 class members weren’t provided to third-party businesses, the Supreme Court determined that those class members “have not demonstrated concrete harm and thus lack … standing to sue on the reasonable-procedures claim.”

The fact that Congress created the Fair Credit Reporting Act and a cause of action “does not relieve courts of their responsibility to independently decide whether a plaintiff has suffered a concrete harm,” Kavanaugh wrote.

“TransUnion generated credit reports that erroneously flagged many law-abiding people as potential terrorists,” Thomas wrote. “In doing so, TransUnion violated several provisions of the Fair Credit Reporting Act … that entitle consumers to accuracy in credit-reporting procedures; to receive information in their credit files; and to receive a summary of their rights.”

“Yet despite Congress’ judgment that such misdeeds deserve redress, the majority decides that TransUnion’s actions are so insignificant that the Constitution prohibits consumers from vindicating their rights in federal court,” he wrote.

“The Constitution does no such thing,” Thomas wrote. “TransUnion’s misconduct here is exactly the sort of thing that has long merited legal redress.”

In her dissenting opinion, which was joined by Breyer and Sotomayor, Kagan criticized her colleagues, saying the majority opinion “here transforms standing law from a doctrine of judicial modesty into a tool of judicial aggrandizement.”

“It holds for the first time, that a specific class of plaintiffs whom Congress allowed to bring a lawsuit cannot do so” under the Constitution.

“TransUnion willfully violated the statute’s provisions by preparing credit files that falsely called the plaintiffs potential terrorists, and by obscuring that fact when the plaintiffs requested copies of their files.”