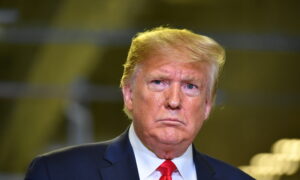 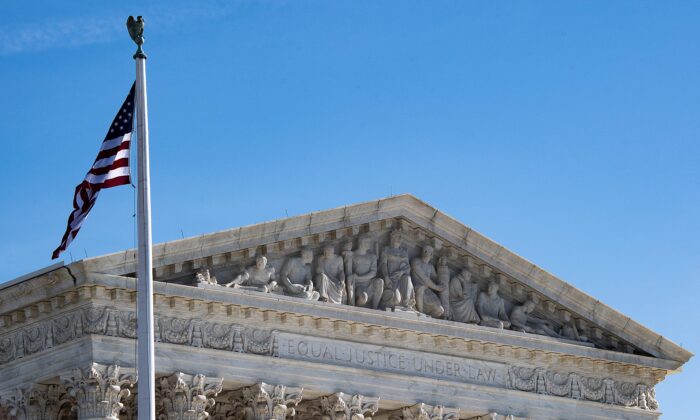 The U.S. Supreme Court in Washington on Jan. 22, 2019. Jim Watson/AFP via Getty Images
US News

The Supreme Court vacated a lower court’s ruling on Alaska’s campaign finance cap on Nov. 25. The cap is $500 annually for individual contributions, and the Supreme Court suggested this is too low for Americans to exercise their First Amendment right to express a particular political viewpoint.

The Court issued its unsigned opinion summarily without conducting oral arguments in the case, cited as Thompson v. Hebdon. In the opinion, it directed the U.S. Court of Appeals for the 9th Circuit to “revisit whether Alaska’s contribution limits are consistent with our First Amendment precedents.”

In 2006, the Supreme Court had similarly ruled that Vermont’s $600 cap was too low. Justice Stephen Breyer wrote in his opinion at the time that Vermont’s cap was so low as to “harm the electoral process by preventing challengers from mounting effective campaigns against incumbent officeholders, thereby reducing democratic accountability.”

In the current case of Thompson v. Hebdon, the petitioners, David Thompson, Aaron Downing, and Jim Crawford filed suit in 2015 after maxing out contributions to their preferred candidates, claiming the low contributions cap violated their First Amendment rights. The respondent was Heather Hebdon, executive director of the Alaska Public Offices Commission.

The 9th Circuit Court of Appeals ruled in favor of Hebdon, upholding the cap. U.S. Circuit Judge Consuelo Callahan wrote in the opinion, “While campaign contributions implicate a contributor’s First Amendment right to express a particular political viewpoint, the state has an important interest in combating quid pro quo corruption or its appearance.”

The appearance of corruption is a tricky thing to prove.

In Thompson v. Hebdon, critics of the 9th Circuit ruling have protested the use of public opinion polling to prove the appearance of corruption in this case.

The trial court looked at an “opinion survey and upheld Alaska’s incredibly low contribution limits because of that evidence,” according to the brief. “Public opinion polling should not be accepted as evidence sufficient to justify the constitutionality of campaign finance contribution limitations,” the brief stated. “Other federal courts have recognized the challenges with relying on public perception data in other constitutional contexts and have disallowed the use of such data in defending the constitutionality of other laws.”

Justice Ruth Bader Ginsburg summed up some of the concerns about corruption in Alaska in a statement she added to the Supreme Court’s opinion: “Alaska has the second smallest legislature in the country and derives approximately 90 percent of its revenues from one economic sector—the oil and gas industry.” This, she said, makes the state particularly susceptible to corruption in politics and government.

Though Ginsburg’s statement went against the thrust of the opinion, she said she wasn’t against having the 9th Circuit court review the case.

Thompson’s lawyers had argued in their petition that contribution limits need to be raised because Alaska is a vast, sparsely populated state whose unique geography poses distinct and expensive challenges for political candidates.

Campaign finance has become an issue among those vying for the Democrats’ 2020 presidential nomination. Leading candidates publicly deplore the influence of money in the political process and say unlimited spending shouldn’t be allowed. The latest entry to the Democratic field, billionaire and former New York Mayor Mike Bloomberg, promises to self-finance his campaign and refuse all campaign donations.