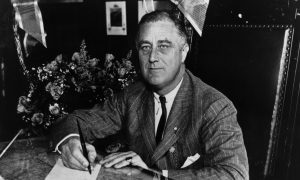 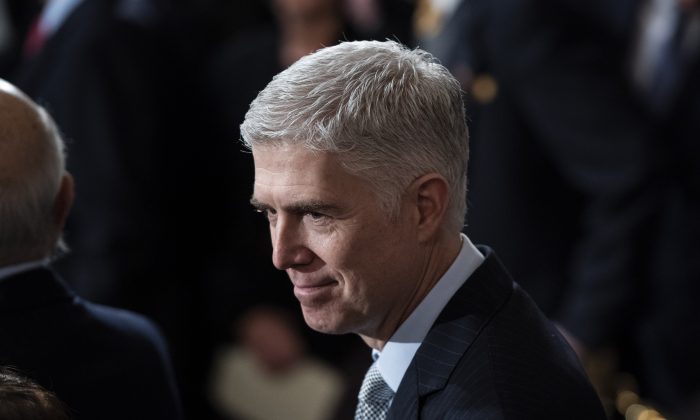 WASHINGTON—A divided Supreme Court ruled 5–4 that an 1855 treaty between the U.S. government and the Yakama Indian tribe prevents Washington state from levying a fuel import tax on businesses owned by the tribe, a decision that could embolden tribal businesses nationwide to challenge states’ authority to collect taxes from such operations across the United States.

The March 19 ruling, in which Justice Neil Gorsuch, a Trump appointee, joined four liberal justices on the court, came in the case of Washington State Department of Licensing v. Cougar Den Inc.

The state of Washington sued the business in December 2013 for failing to pay $3.6 million in excise taxes on the fuel. Cougar Den fought the tax assessment, asserting that, because it was owned by a Yakama tribe member, it was not required to pay certain taxes under the right to travel guaranteed in the treaty. The treaty does not mention taxes, fuel, or off-reservation trading rights, although it does provide tribal members with “the right, in common with citizens of the United States, to travel upon all public highways.”

The three-justice plurality opinion by Justice Stephen Breyer, concurred by Justices Elena Kagan and Sonia Sotomayor, held the treaty guaranteeing the Yakama “the right, in common with citizens of the United States, to travel upon all public highways,” preempts a tax imposed as motor fuel enters Washington state.

The justices determined that the right to travel with goods for sale or distribution was an essential component of the treaty, and because the state slapped a “tax upon traveling with certain goods,” that treaty right was infringed.

Although Gorsuch joined his liberal colleagues in the pro-tribe judgment, he issued his own concurring opinion, in which Justice Ruth Bader Ginsburg joined.

“The State of Washington includes millions of acres that the Yakamas ceded to the United States under significant pressure. In return, the government supplied a handful of modest promises. The State is now dissatisfied with the consequences of one of those promises. It is a new day, and now it wants more. But today and to its credit, the Court holds the parties to the terms of their deal. It is the least we can do.”

Gorsuch’s expertise in tribal law and predisposition to respect tribal sovereignty gained him the endorsement of the Native American Rights Fund and National Congress of American Indians during his 2017 confirmation process. Before being elevated to the Supreme Court, Gorsuch was a member of the 10th Circuit Court of Appeals, which covers 76 federally-designated Indian tribes in six western states.

“Because Washington is taxing Cougar Den for possessing fuel, not for traveling on the highways, the State’s method of administering its fuel tax is consistent with the treaty.”