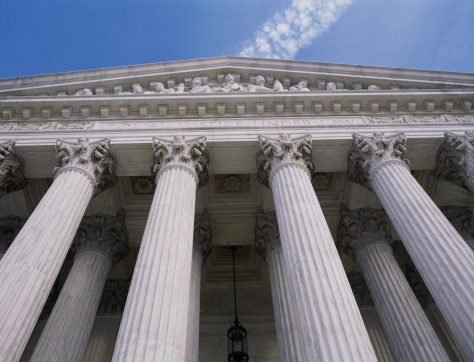 The electrons were hardly dry on the Supreme Court ruling on contraceptive coverage when I heard from my friend Rience Priebus, chairman of the Republican National Committee. With the subject line “ObamaCare defeated,” he wrote:

Moments ago, the Supreme Court ruled to protect our First Amendment right to free speech and religious freedom.”

I am not sure I see it that way. To me, a for-profit business should not have religious rights. A person should. A religious institution should. But not an arts and crafts supply company like Hobby Lobby and the 50 other businesses that sued over the Affordable Care Act requirement that insurance should cover contraceptives with no cost sharing.

To me, this ruling opens either a Pandora’s box or a can of worms, or maybe even both. No disrespect, but there are some unusual religions out there nowadays. Individual devotees can go believe whatever they like. If they own a business, allowing or withholding insurance coverage for health care choices for workers, who may not share their beliefs, does not seem kosher to me.

The justices said this will only apply to contraceptives. Justice Samuel Alito wrote, “Our decision should not be understood to hold that an insurance-coverage mandate must necessarily fall if it conflicts with an employer’s religious beliefs.” Blocking coverage of contraceptives alone is too much of an encroachment. A wider interpretation would be way too much. I’m skeptical that Alito’s limitation will hold up over time.

What if the precedent SCOTUS set today does provide a basis for future decisions? For example, one religion thinks transfusions are wrong. Say a Jehovah’s Witness owns a business, an employee is in a car wreck, needs blood, and his employee insurance won’t cover transfusions? Complicated, and tough on the employee.

The Democratic Party was quick to fire off a message, too, though not as quick as Priebus. For some reason they do not call me friend, just my first name. Which I enjoy when it comes from Michelle and Barack.

“Mary—
…According to the Supreme Court, the religious beliefs of a corporation officially can trump the health care options of their individual employees. Now access to the health care benefits you receive could be determined by your boss, not by you or your doctor.”

Both Adams and Priebus overstated things. The federal government will find a work-around so women employed by certain companies will not have to pay out-of-pocket for contraceptives. It’s also not the end of the Affordable Care Act.