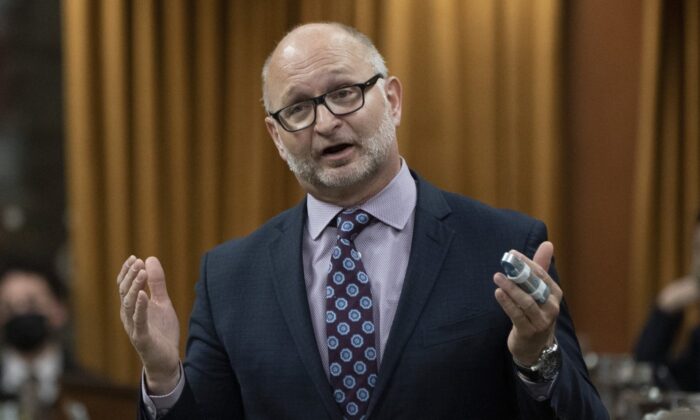 The Supreme Court of Canada is a “colonial institution” that should be revitalized to bring back certain practices from indigenous legal systems, says Attorney General David Lametti.

Speaking before the House of Commons justice committee on Aug. 24, Lametti said that indigenous peoples should see their cultures represented in institutions such as the Supreme Court.

Lametti made the comments while explaining the prime minister’s nomination of Michelle O’Bonsawin—a member of Abenaki First Nation from Hanmer, Ontario—for the Supreme Court.

O’Bonsawin served on the Ontario Superior Court of Justice in Ottawa for five years and was a general counsel for the Royal Ottawa Health Group before that. In her new role, she will fill the vacancy left by Justice Michael Moldaver when he retires in early September.

Lametti said the government has recently “made progress on diversity” in its Supreme Court appointments.

“I have, in recent months elevated two people to courts of appeal of Indigenous backgrounds,” said Lametti. “Justice [Leonard] Marchand in British Columbia and Justice Jonathon George in Ontario.”

In 2021, Lametti said he supported the adoption of indigenous legal systems “on First Nations territory” and his justice department also approved a grant worth half a million dollars to “implement Secwepemc laws in the Shuswap Nation” in Kamloops, B.C., according to Blacklock’s.