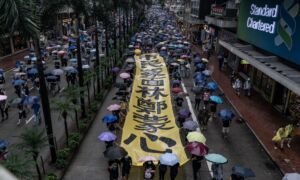 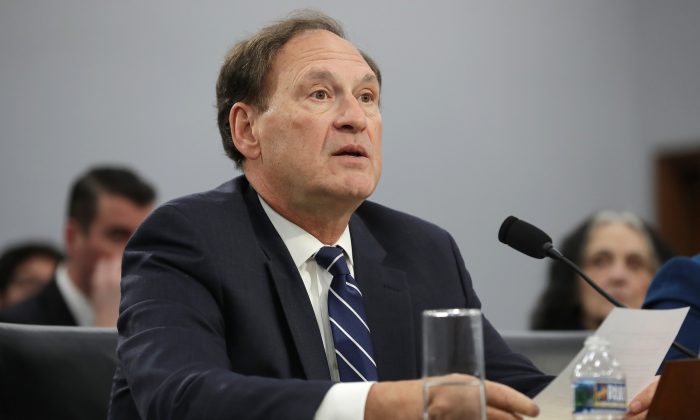 WASHINGTON—In the opening oral argument of the Supreme Court’s new term, the lawyer for a Kansas man convicted of murdering members of his family told the court her client was unfairly convicted because he has a constitutional right to enter an insanity defense, which was denied to him because the Sunflower State abolished that criminal plea years before.

Insanity is a legal concept, not a medical one. One reference work defines insanity, as opposed to low intelligence or mental deficiency related to age or injury, as “mental illness of such a severe nature that a person cannot distinguish fantasy from reality, cannot conduct her/his affairs due to psychosis, or is subject to uncontrollable impulsive behavior.”

The insanity defense was universally recognized in the United States until the closing decades of the 20th century, when Kansas, Idaho, Montana, and Utah did away with it, law professors Stephen J. Morse and Richard J. Bonnie, who filed a friend-of-the-court brief in the case, wrote in the Wall Street Journal. “Most insanity defenses fail, but it’s unfair to convict someone who can establish that he was insane when he committed a crime.”

No one disputes that James Kraig Kahler shot and killed his estranged wife, their two teenage daughters, and his wife’s grandmother in 2009. A psychiatrist for the defense told the Kansas trial that Kahler had broken with reality because he suffered from a serious mental disorder, but an insanity plea was impossible because the state abolished it in 1995.

“For centuries, criminal culpability has hinged on the capacity for moral judgment, to discern and to choose between right and wrong,” Kahler’s attorney, Sarah Schrup, told the justices during the oral argument on Oct. 7.

“The insane lack that capacity. This understanding of insanity has persisted since the 1500s and remains the rule in 48 jurisdictions today,” she said.

But Schrup said Kansas scrubbed “moral capacity from its criminal law and runs afoul of the Fourteenth and Eighth Amendments,” and in so doing, elevated “the wild beast test, one that was never used in this country and only rarely in England, and secondly by conflating common law intent, which required a vicious will and was bound up in moral capacity, with what it applies today, a morality-free modern mens rea.”

The wild beast test refers to a legal test British courts devised in the 1700s as a forerunner to the modern insanity plea. Under the rule, a defendant wasn’t held criminally liable for his actions if he understood the crime no better than “an infant, a brute, or a wild beast.”

Schrup faulted Kansas for eliminating the insanity defense, an act she said “uproots the deeply rooted by eliminating any mechanism to assess whether a defendant’s capacity for moral judgment was intact or was irretrievably compromised by mental illness.”

There remains a “continued need for a mechanism to rebut the presumption of sanity, even when—even though a defendant harbors the requisite mental state,” she said.

At the hearing, Justice Samuel Alito suggested that Kahler’s behavior undermined the claim he was insane when he committed the murders.

“He killed her mother. He executed his two teenage daughters. One of them is heard on the tape crying. He, nevertheless, shot her to death. He spared the son, because he didn’t think the son was siding with the mother. And then he ran away and turned himself in the next day.

During the hearing, the Trump administration backed Kansas’s argument that the U.S. Constitution doesn’t require the state to recognize the insanity defense.

Justice Clarence Thomas, 71, was absent from the courtroom, resting at home while he appeared to have the flu, a court spokeswoman told reporters. However, Justice Ruth Bader Ginsburg, 86, who took time off for health reasons months ago, was present for the oral argument.