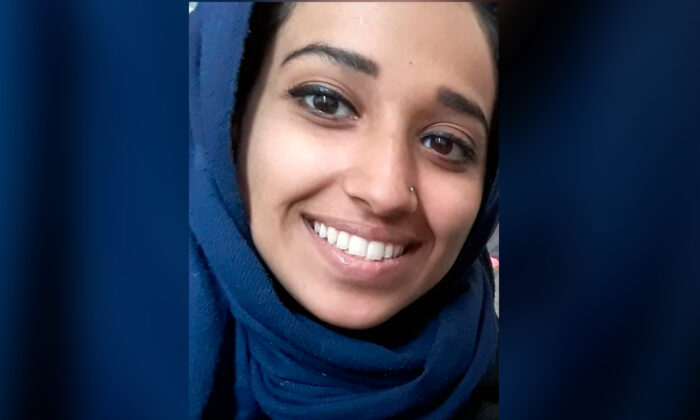 BIRMINGHAM, Ala.—The U.S. Supreme Court has refused to hear the appeal of a woman who left home in Alabama to join the ISIS terrorist group, but then decided she wanted to return to the United States.

The justices declined without comment on Monday to consider the appeal of Hoda Muthana, who was born in New Jersey in October 1994 to a diplomat from Yemen and grew up in Alabama near Birmingham.

While she was overseas the government determined she was not a U.S. citizen and revoked her passport, citing her father’s status as a diplomat at the time of her birth. Her family sued to enable her return to the United States.

A federal judge ruled in 2019 that the U.S. government correctly determined Muthana wasn’t a U.S. citizen despite her birth in the country. Children of diplomats aren’t entitled to birthright citizenship. The family’s lawyers appealed, arguing that her father’s status as a diplomat assigned to the United Nations had ended before her birth, making her automatically a citizen.

Muthana surrendered to U.S.-backed Syrian Democratic Forces as ISIS terrorists were losing the last of their self-declared caliphate in Iraq and Syria and going to refugee camps.

Muthana said she regretted her decision to join the group and wanted to return to the United States with her toddler child, the son of a man she met while living with the group. The man later died.