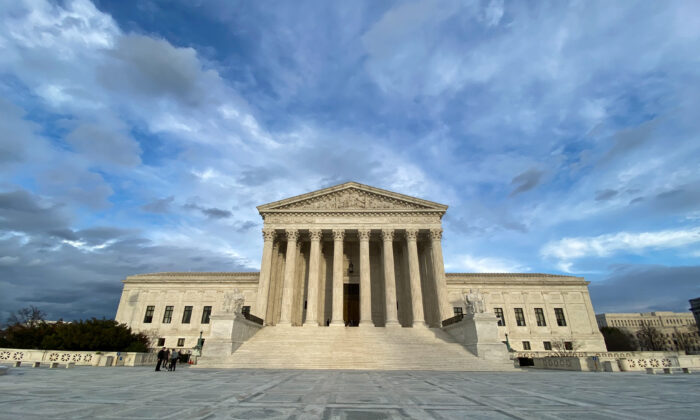 The Supreme Court has blocked an order that extended the deadline for submitting absentee votes hours before Wisconsin’s primary.

The top court ruled 5-4 on Monday night to stay a lower court’s decision that allowed Wisconsin voters to submit absentee ballots six days after election day, pending an appeal to the court. The justices ruled that in order for a voter’s absentee ballot to be counted in the election, the ballot must either be postmarked by April 7 and received by 4 p.m. April 13, or hand-delivered by 8 pm. April 7.

The court also wrote that the district court’s decision to allow voters additional days to cast their votes “fundamentally alters the nature of the election.”

“By changing the election rules so close to the election date and by affording relief that the plaintiffs themselves did not ask for in their preliminary injunction motions, the District Court contravened this Court’s precedents and erred by ordering such relief,” the court wrote (pdf). “This Court has repeatedly emphasized that lower federal courts should ordinarily not alter the election rules on the eve of an election.”

The case at hand was first filed by Democratic Party organizations, individual voters, and various liberal groups to seek relief from complying with certain provisions of Wisconsin law that pose an obstacle to absentee voting, such as suspending a deadline where ballots arriving at polling places after 8 p.m. on election day may not be counted.

U.S. District Judge William Conley granted various accommodations on April 2, including an extension on the deadline when absentee ballots can be returned, through 4 p.m. on April 13. Conley also extended a deadline, which has since passed, for requesting an absentee ballot and to remove a witness certification requirement.

The state Republican-controlled legislature and the Republican National Committee then filed an appeal at the 7th Circuit Court of Appeals, which restored the witness certification requirement but kept the extension on the deadline for submitting absentee ballots through April 13.

The Republicans then asked the Supreme Court on April 4 to block the lower court’s decision to grant the 6-day extension to the voting deadline for absentee ballots in an emergency request for a stay.

In Monday’s decision, the Supreme Court called the district court’s decision “unusual,” saying that by allowing an extension for absentee voting, the district court had to issue a subsequent order to block the public release of any election results for six days after election day.

“It is highly questionable, moreover, that this attempt to suppress disclosure of the election results for six days after election day would work,” the court wrote. “And if any information were released during that time, that would gravely affect the integrity of the election process.”

Ginsburg, who penned the dissent, said that the extension allows Wisconsin voters to vote safely during the pandemic and that “the concerns advanced by the Court and the applicants pale in comparison to the risk that tens of thousands of voters will be disenfranchised.”

“Ensuring an opportunity for the people of Wisconsin to exercise their votes should be our paramount concern,” she wrote.

Earlier in the day, Evers signed the order that postponed the election until June 9, while calling for another special legislative session for Tuesday for state lawmakers to discuss another election date.

The state Supreme Court ruled 4-2 on Monday saying that Evers lacked the authority to move the election on his own.