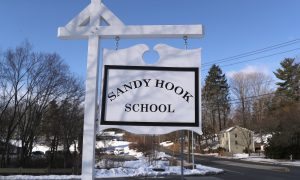 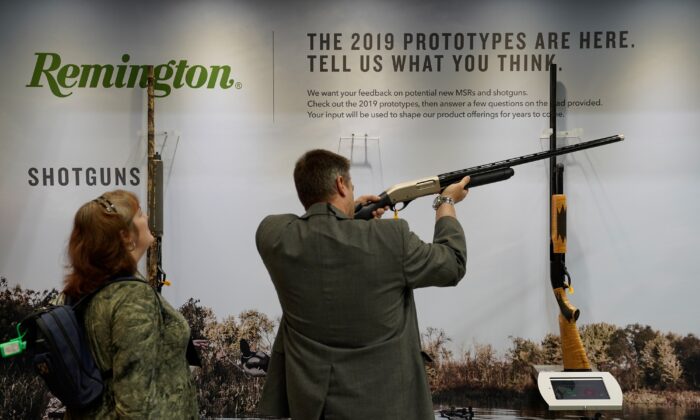 A lawsuit filed by parents whose children were killed in the Sandy Hook Elementary School shooting will move forward after the Supreme Court declined to block the filing.

Parents of kids killed in the 2012 shooting, which was carried out by Adam Lanza, argue Remington Arms Co. should be held liable because of the way the company marketed a rifle that Lanza used.

Remington’s advertising “continued to exploit the fantasy of an all-conquering lone gunman, proclaiming: ‘Forces of opposition, bow down. You are single-handedly outnumbered,'” Donald Verrelli, a lawyer representing the parents, said in a court filing. The marketing also said the Bushmaster rifle was “for use in assaults against human beings,” the plaintiffs alleged, reported USA Today.

In 2005, Congress passed the Protection of Lawful Commerce in Arms Act, to shield firearm manufacturers from being held liable for crimes committed by people using the companies’ guns, but it has exceptions, including for “actions … in which a manufacturer or seller of a firearm knowingly violated a state or federal statute applicable to the sale or marketing of the firearm and the violation was a proximate cause of the harm for which relief is sought.”

Scott Keller, a lawyer representing Remington, told the court that under the 2005 law, the lawsuit “is exactly the kind of case arising from a criminal’s misuse of a firearm that ‘may not be brought in any federal or state court.'”

“Congress enacted the (law) to ensure that firearms—so central to American society that the founders safeguarded their ownership and use in the Bill of Rights—would be regulated only through the democratic process rather than the vagaries of litigation,” attorneys representing Remington wrote in their request to the Supreme Court.

The Connecticut Supreme Court ruled that families of victims should get the chance to try to prove that the company violated the Connecticut Unfair Trade Practices Act (CUTPA) in its marketing of the Bushmaster.

“We further conclude that PLCAA does not bar the plaintiffs from proceeding on the single, limited theory that the defendants violated CUTPA by marketing the XM15- E2S to civilians for criminal purposes, and that those wrongful marketing tactics caused or contributed to the Sandy Hook massacre,” Justice Richard Palmer wrote in the majority decision, reported the Hartford Courant.

“Accordingly, on the basis of that limited theory, we conclude that the plaintiffs have pleaded allegations sufficient to survive a motion to strike and are entitled to have the opportunity to prove their wrongful marketing allegations.”

The ruling came after a judge dismissed the lawsuit in 2016. Justices said the dismissal on basis of the PLCAA but not correct in not allowing the case to proceed on allegations that Remington violated the CUTPA.

“Following a scrupulous review of the text and legislative history of [the Protection of Lawful Commerce in Arms Act] we also conclude that Congress has not clearly manifested an intent to extinguish the traditional authority of our legislature and our courts to protect the people of Connecticut from the pernicious practices alleged in the present case. The regulation of advertising that threatens the public’s health, safety, and morals has long been considered a core exercise of the states’ police powers.” Palmer wrote.