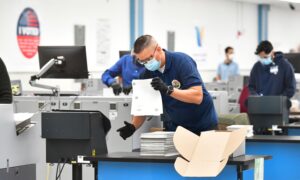 The Supreme Court has decided to hear a gun-seizure case from Rhode Island that questions whether the “community caretaking” exception to the Fourth Amendment’s warrant requirement applies to a personal residence.

The high court granted the petition in the case known as Caniglia v. Strom on Nov. 20 without explaining why, as is its custom. It’s an appeal from the 1st Circuit Court of Appeals. At the same time, the court also agreed to hear a separate, unrelated case, United States of America v. Cooley, which concerns whether evidence can be used in court when a tribal police officer detains a non-Indian on a reservation based on a potential violation of state or federal law.

The community caretaking doctrine at issue in the Caniglia case holds that police don’t always operate as law enforcement officials investigating wrongdoing, but sometimes may function as community caretakers to prevent harm in emergency situations.

The Supreme Court held in Cady v. Dombrowski (1973) that police could carry out warrantless searches related to “community caretaking functions,” though the case only dealt with searches in the context of “vehicle accidents.” The principle has been applied much more broadly since then and has become, as the 1st Circuit stated in the Caniglia case, “a catchall for a wide range of responsibilities that police officers must discharge aside from their criminal enforcement activities.”

Edward Caniglia, 68, has no criminal history and no record of violence, according to the petition his lawyers filed with the high court on Aug. 10. He had been married to his wife Kim Caniglia for 22 years when, on Aug. 20, 2015, they had a disagreement inside their Cranston, Rhode Island, home.

The argument escalated and he retrieved an unloaded gun from their bedroom, placing the gun on the living room table, saying, “Why don’t you just shoot me and get me out of my misery?”

He left the home when his wife said she would call 911. She didn’t call. The argument resumed when he returned home, and she decided to spend the night at a motel. She tried to reach him by telephone and became concerned when he didn’t pick up. She asked Cranston police to do a welfare check on her husband and escort her to the home. She told police that her husband might be suicidal.

The police called the husband, who “sounded fine,” and escorted the wife to the home, telling her to remain in the car while they spoke with the husband on the back deck. The husband advised police he had said “just shoot me” because he “couldn’t take it anymore.”

The police dispatched to the Caniglias’ home a rescue lieutenant from the Cranston Fire Department, who advised the husband he was taking him to a local hospital. The husband went along after the police assured him they wouldn’t take his two handguns. He was discharged from the hospital the same day.

The police told the wife they had to seize the husband’s guns based on his state of mind, and feared his life and others could be in danger if they left the guns in the home.

“After the officers falsely represented to Mrs. Caniglia that Petitioner had consented, she led the officers to the guns,” at which point they seized them.

Police generally cannot conduct searches of private property without consent or a warrant.

The husband sued, challenging the legality of what amounted to a warrantless seizure of the firearms, contrary to the Fourth Amendment, but the district court and the 1st Circuit allowed the search under the community caretaking exception. The husband argues in the Supreme Court brief that the exception shouldn’t be applied inside “the home–the most protected of all private spaces.”

Extending the community caretaking exception to the home “would create a loophole in the Fourth Amendment’s warrant requirement wide enough to drive a truck through,” the petition states.

“So long as an officer reasonably claims to be taking care of the community, he can disregard the Fourth Amendment’s protections.”

The city of Cranston takes the position that police acted properly.

“There is no good reason to limit the application of the community caretaking doctrine to automobile inventory searches,” the city stated in a brief in opposition to the petition for Supreme Court review.

Attorney Marc DeSisto, counsel of record for the city, didn’t immediately respond to a request by The Epoch Times for comment.