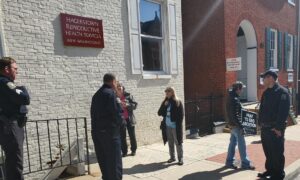 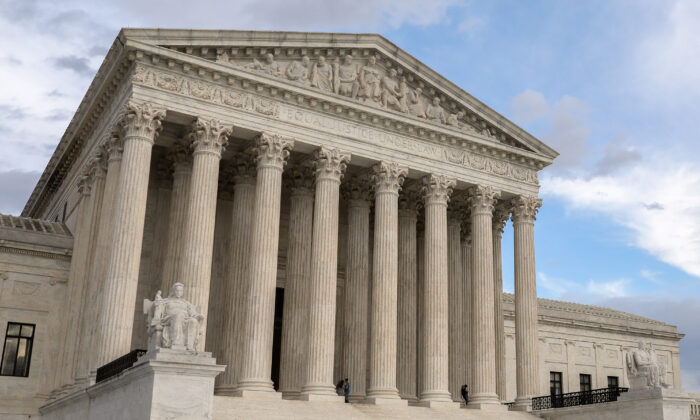 The Supreme Court agreed on May 4 to hear a case contesting the power of the Internal Revenue Service (IRS) to use a federal law to block legal challenges to its regulations.

At issue is a reporting requirement the IRS uses against what it claims are tax-avoidance schemes involving small insurance companies. The penalty for noncompliance can include a $50,000 fine.

This appeal of a ruling by the 6th Circuit Court of Appeals, which is expected to be heard in the nine-month term that begins in October, is known as CIC Services LLC v. Internal Revenue Service.

Knoxville, Tennessee-based CIC Services describes itself on its website as a firm that helps “small & mid-sized business owners turn their risk into wealth by owning their own insurance company.”

The company provides advice to taxpayers on what are called “micro-captive transactions” that use small insurance companies to reduce taxable income. The IRS counters that some of those transactions don’t count as bona fide insurance contracts.

The Trump administration had asked the Supreme Court not to take up the case.

The IRS told the court that when a taxpayer fails to report a micro-captive transaction, it’s reasonable to presume that “the suspicious transaction is in fact an instance of tax avoidance or evasion, and some tax liability should be imposed.”

Although Congress writes federal tax laws, in some cases, it has delegated limited authority to the IRS “to fill in the gaps of tax laws through regulation,” according to the Cato Institute, a libertarian think tank that filed a friend-of-the-court brief. When it fills in these gaps, the Administrative Procedure Act (APA) requires agencies such as the IRS to do certain things, such as allowing a public comment period, before finalizing regulations.

“Unfortunately, the IRS has habitually refused to comply with the APA, absent the intervention of the courts.”

In the case at hand, the IRS has argued that another statute, the Anti‐Injunction Act (AIA), can be used to snuff off the company’s appeal before arguments can be heard. Under that law, a tax can’t be challenged until after it has been collected. After the tax is paid, the taxpayer files for a refund.

The 6th Circuit found that the monetary penalty was a tax and therefore, the lawsuit was subjected to the AIA. The 7th and 10th Circuits ruled the opposite.

“Under the Sixth Circuit’s reasoning, the only recourse against defective Treasury regulations is to purposely violate the regulation and incur increased taxes, penalties, and interest while waiting for a subsequent enforcement proceeding in which the regulation’s validity can be challenged,” according to Cato.

In its petition to the court, the company argued that the IRS should be forced to obey the APA.

“Pre-enforcement review is the lifeblood of administrative law. Thanks to the Administrative Procedure Act, law-abiding citizens can challenge illegal regulations in court, without having to violate the regulation first and then raise its invalidity as a defense to an enforcement action. Without pre-enforcement review, plaintiffs would have to ‘bet the farm’ to ‘test the validity’ of agency action—a risk most would understandably never take. The IRS is not exempt from the APA.”

The 6th Circuit’s ruling is wrong and unfair to taxpayers, the company contended.

“But once the IRS begins enforcement, the Anti-Injunction Act prohibits plaintiffs from suing to ‘restrain the assessment or collection of any tax.’”

Under the ruling, “even patently unlawful IRS regulations can be insulated from review unless an individual is willing to risk the imposition of enormous fines and—in this case—prison time.”