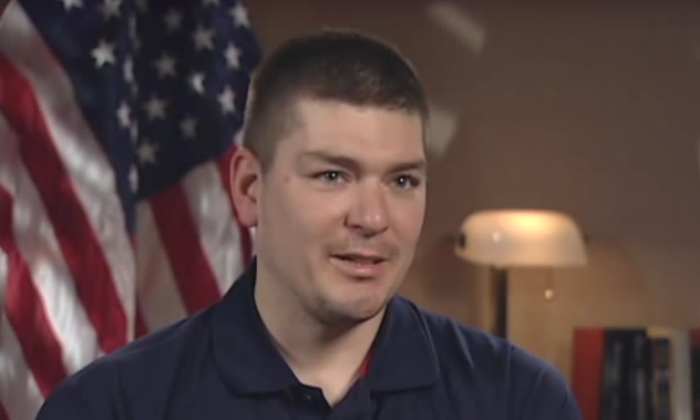 Support Rolls in for Disabled Veteran Who Lost Home in Fire

GRANBY, Mass.—Support is pouring in for a Marine veteran with severe combat injuries whose custom-built Massachusetts home was made uninhabitable after a fire swept through it the day after Christmas.

Sgt. Joshua Bouchard, who uses a wheelchair after losing part of a leg and suffering a spinal cord injury in a 2009 explosion in Afghanistan, saved himself and his two dogs when he realized his home was on fire Monday night. The home in Granby, a town of about 6,200 residents, was built by volunteers in 2012 with help from the Taunton-based the nonprofit Homes for Our Troops.

“Honestly, I’ve been through so much, it didn’t stress me out much,” Bouchard, 34, told The Daily Hampshire Gazette.

A GoFundMe page set up by Bouchard’s sister had raised more than $17,000 by Wednesday afternoon.

Bouchard was watching a movie around 9:30 p.m. Monday when he smelled smoke, his father, James Bouchard said. He went to investigate and discovered a truck in the garage was ablaze. Investigators said the fire appears to be accidental.

While outside, Bouchard headed to the front door to rescue the dogs when he fell out of his wheelchair after hitting a rock. He said he rolled to the door and forced it open.

“I think my experiences in the military is absolutely what saved me,” he said.

He was treated at a hospital for smoke inhalation.

In addition to his home and belongings, Bouchard lost a $15,000 prosthetic leg in the fire.

“All material. All replaceable,” he said. “My life is fine. My dogs’ lives are fine.”