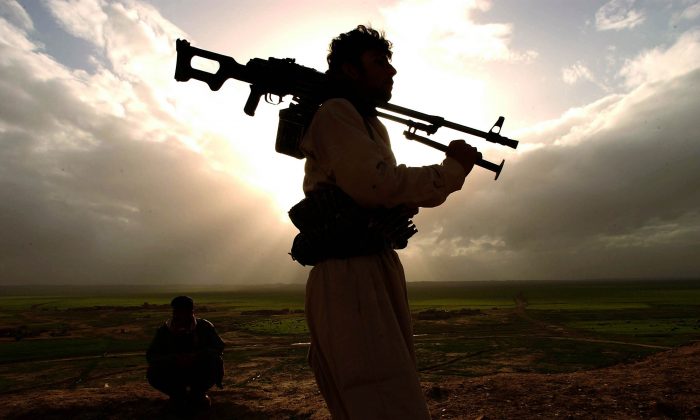 The world’s eyes are again on the Kurds, the second-largest ethnic community in Turkey, Iraq, and Syria, as well as the third-largest in Iran, and numbering about 24 million in total. From 1920 to 1923, an independent Kurdistan existed, but its people have since been divided among Iraq, Syria, Iran, and Turkey, and have been left struggling for self-determination.

Turkey’s creation was partly based on denial of the Kurd identity. According to Turkish journalist Uzay Bulut, “After (Turkey) was founded in 1923 … the Kurdish language … everything related to (their) existence was denied … Kurdistan within Turkey’s borders became a sub-colony without borders or a name. Kurds have been exposed to … massacres and extrajudicial murders for more than 90 years … many Kurds have been assimilated, but others (most notably those in the Kurdistan Workers Party (PKK)) have resisted and demanded their national rights.”

Turkey’s creation was partly based on denial of the Kurd identity.

Fighting between the Turkish army and the PKK since 1984 has cost an estimated 40,000 lives. Many peaceful Kurds renewed their dream after a national election this past June sent the moderate, pro-Kurdish People’s Democratic Party (HDP) under Selahattin Demirtas, a human rights lawyer, to Turkey’s Parliament for the first time.

Fighting between the Turkish army and the PKK since 1984 has cost an estimated 40,000 lives.

Until July when hostilities reignited, the PKK had been observing a cease-fire and negotiators had reached a roadmap to a peace agreement. Turkish warplanes then struck PKK bases; it retaliated, with more needless loss of life on both sides.

The new wave of repression aimed at Kurds must end. Courageous and effective Kurdish fighters, who have carried much of the burden in fighting ISIS, should be encouraged, not further demoralized.

The new wave of repression aimed at Kurds must end.

Erdogan, seeking a Sunni-dominated Syria, also struck at the Syrian Kurds’ Democratic Union Party (PYD). By disrupting logistics and other links between the PKK in Iraq and the PYD in northern Syria, he weakens the most effective ground force fighting the Islamic State.

Kurdish peshmerga, including its women soldiers, are standing up well to ISIS, which today controls vast areas of Syria and Iraq, and incites global terror attacks.

Turkey: Erdogan Is Forcing His People to Take Sides

Assisted by the U.S.-led coalition’s airstrikes, the peshmerga have retaken almost all Kurdish territory and protected not only Iraq’s infrastructure but also their own population and the 1.6 million refugees seeking sanctuary with them.

Syrians and Iraqis have fled to Kurdistan because of what Bayan Rahman, the Kurdistan Regional Government’s representative to the United States, terms “its culture of coexistence and respect for religious freedom and diversity.” More than 1,200 peshmerga have already died for the values of democracy and freedom.

More than 1,200 peshmerga have already died for the values of democracy and freedom.

The Iraqi government under its former Prime Minister al-Maliki denied Iraqi Kurds weapons, training, and funding despite the constitution recognizing them as part of the national defense system. Under-equipped and poorly paid, today they need weapons immediately to be the “boots on the ground,” protecting large numbers of displaced Iraqi families.

Kurds have endured discrimination, dictatorship, war, chemical weapons (recently mustard gas), and genocide. Iraq’s current Prime Minister al-Abadi must honor the commitment to give Kurdistan 17 percent of Iraq’s budget in exchange for oil exports. The Kurdish economy is struggling with both a war and its large humanitarian burden.

Having lost many lives and much treasure in a war presumably intended to liberate Iraqis from Saddam Hussein, Americans must cringe at seeing the ISIS black flag flying over Mosul, the capital of its caliphate. A successful peshmerga assault to liberate Mosul is essential to driving ISIS out of Iraq.

Iraq is still chaotic, but Kurdistan is a success still needing nurturing. Rahman observes, “Kurdistan … (can) serve as a bulwark against extremism. … As a still-point in a turbulent region, (it has) built a functioning, nascent democracy … (deserving) recognition and continued support.”

Turkey and the Middle East Cauldron
Erdogan’s Fall From Grace

Kurds and Kurdistan are the antithesis of ISIS and its medieval caliphate. Should they be aided in their dream of independence even while giving up many of their lives to quell the nightmare that is ISIS? Absolutely. Lawmakers from Denmark, Sweden, and Britain are calling for more military help for peshmerga forces. All of us should join them.