Supply Chain Backlog to Last Until Summer of Next Year, Despite 24/7 Operating Hours: Officials 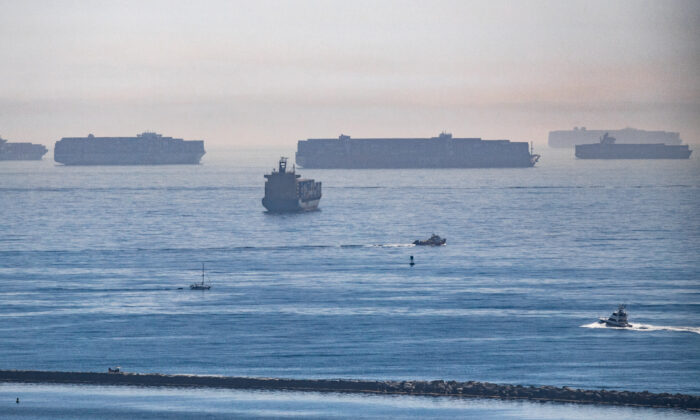 Drew Van Voorhis
Drew Van Voorhis is a California-based daily news reporter for The Epoch Times. He has been a journalist for six years, during which time he has broken several viral national news stories and has been interviewed for his work on both radio and internet shows.
View profile
biggersmaller
Print

Despite President Biden’s announcement Oct. 13 that the severely backlogged Port of Los Angeles would expand into 24/7 operating hours—similar to the Port of Long Beach—port officials are saying the backlog will continue until the summer of 2022.

“We think it’ll be summer of 2022 before we clear all 60 ships,” Hacegaba told The Epoch Times on Oct. 14. “Of course, if we take some measures now, and everyone in the supply chain starts expanding their hours of operation … we’re going to get there sooner.”

Hacegaba showed optimism that expanding port hours of operation will encourage the rest of the supply chain to step up its efforts.

“If we had the warehouse capacity, if we had enough truck drivers, enough trucks, enough chassis, to pull those containers, we wouldn’t have the 60 ships which are effectively serving as warehouses on the water. I mean, that’s what they’re doing. They’re storing these containers,” Hacegaba said.

Other experts are more pessimistic about the impact of Biden’s announcement, saying it will require a lot more than just the ports to solve the backlog.

“I think the Biden Administration looked at the low-hanging fruit [and finally took action],” said Sal Mercogliano, a professor of maritime industry policy at the U.S. Merchant Marine Academy out of New York. “The move is better late than never … [but] should have been addressed sooner than this.”

Mercogliano said addressing one end of the supply chain doesn’t solve the problem.

“Everything must be done simultaneously,” including not only addressing the current shortage of truck drivers, but increasing operations of receiving retailers as well, he said.

In a virtual briefing on Oct. 14, Port of Los Angeles Executive Director Gene Seroka said he was happy to be working with the Biden Administration on addressing the backlog, but was unsure about when 24/7 operations would commence and if all seven terminals at the port would follow suit.

“The anticipation is that everybody will be 24/7, [but] those discussions are ongoing. It’s matching up commitments with how we need to service these folks. The dwell times have been super high, we’ve got to push this cargo out as quickly as we can [and] take advantage of that latent capacity when we’re not using our gates and matching that up with truck power, chassis, and corresponding exports and imports,” Seroka said.

When Seroka was asked when the first terminal would begin operating 24/7, he said more discussions will need to take place.

The two ports, which are responsible for about 40 percent of all imports into the United States, are on track to get more than 20 million container units this year, Hacegaba said, which is significantly more than the 17.5 million units in 2020.

Drew Van Voorhis
Drew Van Voorhis is a California-based daily news reporter for The Epoch Times. He has been a journalist for six years, during which time he has broken several viral national news stories and has been interviewed for his work on both radio and internet shows.