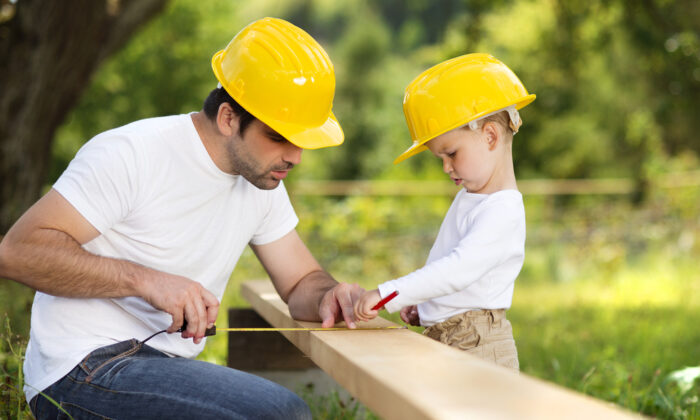 There’s a thriving multi-million-dollar business at the heart of Australia’s family law system, which provides a classic example of how women’s advocacy groups have sewn up our justice system and are making life hell for many men.

The children’s contact services were designed to provide supervised access between kids and risky parents and for a good and proper reason.

There are parents, both men and women, who put their children at risk, and it makes sense to have supervision in place to allow children to see these parents without coming to harm. But supervised contact has morphed in some places into state-imposed parental alienation, whereby contact centres implement the concept to children that their father is dangerous.

The system is essentially about judicial officers deflecting scrutiny. So, for example, whenever an allegation of domestic violence or sexual abuse surfaces in a family court case, decision-makers in the court system will order supervised contact because they know that if they don’t do this and anything happens to the child, they will be hung out to dry.

But false allegations of violence and abuse have now become a tactic utilised by partners in family law battles. Some angry women have used it to remove their partner from the home based on a simple allegation.

Usually, these dads don’t get to see their kids for months, but it can even be years.

Eventually, when they are “allowed” access to their children, they inevitably end up in the clutches of the supervised contact system, paying through the teeth to have strangers monitor and report on their conversations with their children. The process works very effectively to destroy children’s relationships with their fathers.

Imagine being part of your children’s everyday life, reading them bedtime stories, roughhousing on the lawn, making pancakes for Sunday breakfast. All it takes is one false allegation, and you face months, perhaps years of being treated like a dangerous criminal, never allowed near them.

Eventually, the court system “permits” your first supervised contact visit. Then, finally, you are in the same room as your kids, at last able to see them, talk to them. But that intense experience comes with a number of painful humiliations. Here are some real-life examples of how fathers are treated:

One child greeted his father at the centre by saying, “You are not going to hit me, are you, Daddy?” The child later explained to dad that mum had told him to say that, yet the supervisor who overheard the conversation refused to report it.

Fathers are told not to get emotional. “Steve failed to control his emotions when saying goodbye to the children despite instructions from the supervisor to do so,” was a note included in a report on one father.

A dad’s suggestion that he tosses a football around with his son led to the supervisor issuing the boy a safe word to use if he felt threatened.

A father asked to take his 4-year-old to the toilet, only to find this was noted in the report as if it was a sinister request.

So, it goes on. But, of course, it’s not always like this. Some centres treat fathers well, and individual supervisors who do their best to ensure every man has fair treatment.

But, even government-sponsored services run by some of the big players, like Relationships Australia, produce horror stories, with many counsellors in these organisations taking a decidedly anti-male approach.

Then there are huge, private enterprise players capitalising on long waiting lists for the government-sponsored centres—delays of six months to a year—and charging horrendous fees to rip off men.

That’s the critical point. All too often, dads have no choice about which centre is chosen—that decision is sewn up by the relationship and negotiations between their former partner’s lawyer and the local registrars.

As a result, a malicious woman has any number of cards she can play to ensure the contact system destroys what’s left of her ex-partner’s relationship with his children.

A father who is given supervised contact can also find that he is treated as if there is a black mark against him with regard to later decisions about proper parenting arrangements and as leverage in property settlements.

Worst still is the plight of the man who drops out of supervised contact, even if he can’t afford to keep going. That’s seen as a lack of commitment to his children.

Child contact services were intended to provide a transition to eventual self-managing of parenting arrangements, but that’s just not happening. Instead, most people just drop out.

Not one word about the fact that most of the fathers subjected to this humiliating process are not dangerous.

I’ve made a video about this whole shameful business—talking to lawyer Michael Jose who has worked for over 25 years to tackle prejudice against men.

We aim to find ways to make changes, starting with advice for fathers to help them avoid supervised contact.

More men and their lawyers need to actively resist supervised contact by offering alternate suggestions for managing conflict and organising safe handovers. Men given no choice must provide the best possible local options for services in their area.

Bettina Arndt
Follow
Bettina Arndt is an Australian writer and social commentator on gender issues. She was the country’s first sex therapist and feminist, before focusing on men’s rights. Arndt has authored several books and has written for major newspaper titles, magazines, and has featured regularly on television. She received the Order of Australia in 2020 for her work in promoting gender equity through advocacy for men. Find her online at her blog, BettinaArndt.substack.com.