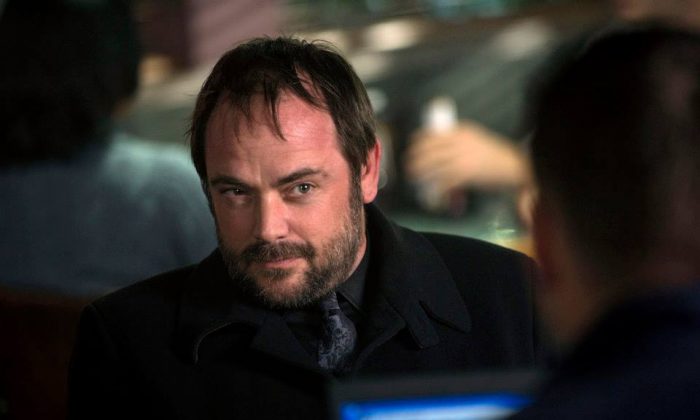 Supernatural 200th Episode Spoilers: Castiel and Crowley Will Not be in Episode 200

Castiel and Crowley will not be in Supernatural’s epic 200th episode.

A spokesperson for the show said confirmed that Misha Collins and Mark Sheppard will not be in the episode, which will occur during season 10.

“We can’t give too much away about the 200th episode or the storylines leading up to it,” the spokesperson told TVLine.

But while Castiel and Crowley won’t be in the episode, “they and many other favorite characters from the past nine seasons, will be represented in a way that we think fans will love,” the spokesperson added.

Previous spoilers have revealed some of the plot of the episode.

“I think it’ll be one of the more amusing and engaging episodes we’ve done in a while,” Carver teased. “We’re going pretty meta. I would just describe it as something of a love letter to our fans, and there will be songs.”

”It’s awesome. The episode will be very meta. It’s a pure shout-out and thank you to the fans. I haven’t had the chance to read it yet but I’ve heard it’s almost similar to our ‘The Real Ghostbusters’ episode. We’re not at a convention but we’re at a place where they’re doing a play based on the Chuck Shurley books.

“So not only are these books based on our lives, now people are doing a play based on these books, and someone is haunting it, so we go and try to investigate what’s going on at this play, based on the books about our lives. It’s certainly a direct shout-out to the fans and a thank you for their years of commitment to us. They are the reason we’re here. I can’t wait to read it!”